Lessons Um... talk to me after the meeting. 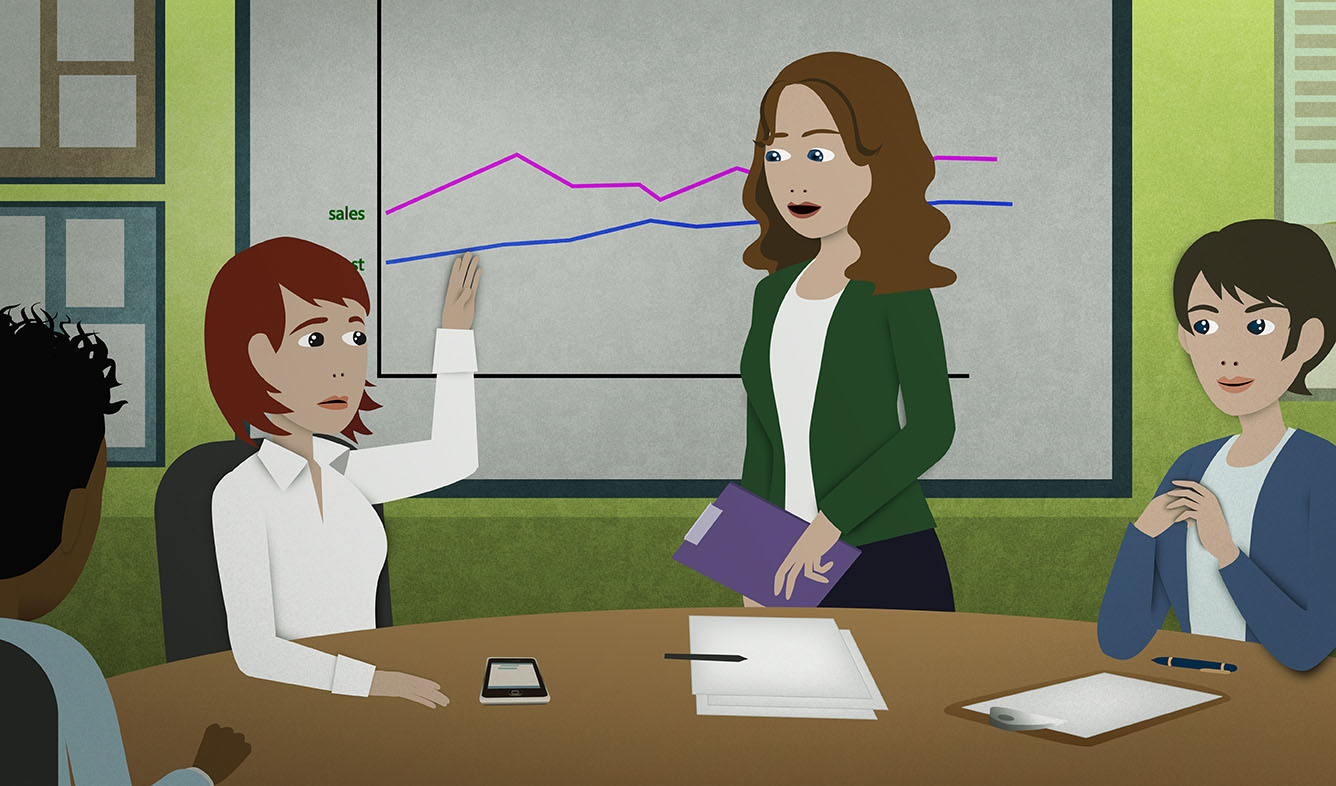 You're leading a meeting at work. One of the attendees at the meeting asks you a question. You don't want to answer the question in front of the whole group, so you say this.

Um... talk to me after the meeting.

English speakers use the sound "um" when they don't know what to say next. Here's an example from a TV talk show:

Well, my daughter in this show is very strongly liberal, and she's a very — she's a — she went to, uh, um, Stanford Law School, and she graduated from Stanford with honors.

Listen, um, I know that you're having a hard time financially right now, but I really need your rent check.

By the way, you might hear or read somewhere that you shouldn't use "um". That's a rule that English speakers are taught in school, because some people think that using "um" too much makes you sound unprofessional. But almost everyone uses it from time to time. As an English learner, it actually makes your English sound more natural when you use hesitation sounds like "um".

When you're in a public situation, but you want to talk with someone privately, you can say this:

Talk to me after class.

Talk to me after the meeting.

hesitant in a meeting at work
Print this Lesson

“Over one in five Americans suffer from obesity.”