Lessons When I was in middle school, my frien...

“When I was in middle school, my friend started calling me "Blossom" one day after the character on the sitcom "Blossom", and... somehow it stuck.” 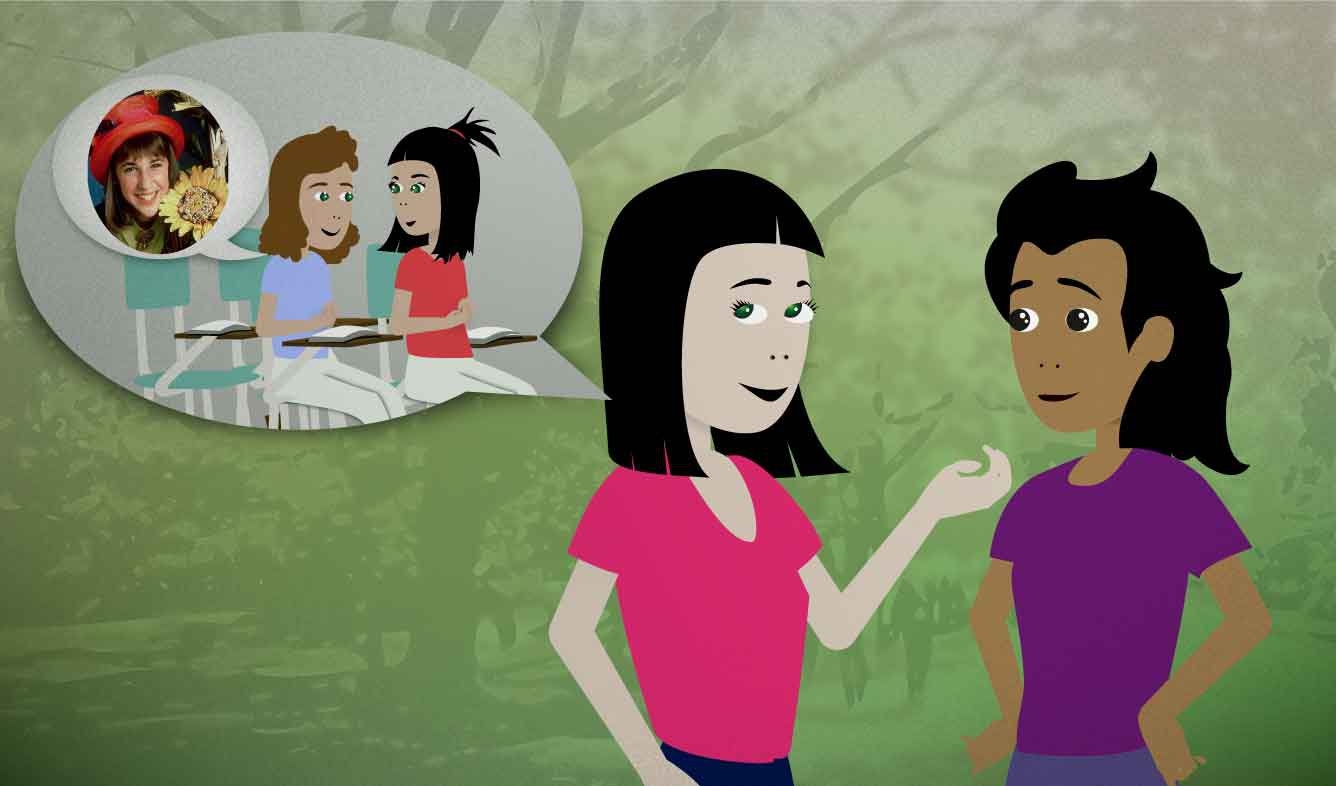 You have a nickname. You're explaining how you got that name.

When I was in middle school, my friend started calling me "Blossom" one day after the character on the sitcom "Blossom", and... somehow it stuck.

"Middle school" is a school that students go to before high school, usually from about ages 10-11 to 13-14.

This school is also sometimes called "junior high school". Technically, a middle school is for students from grades 6 to 8, while a junior high is for grades 7 to 9. The first format is a lot more common in the U.S. However, English speakers mostly use both terms interchangeably.

call (someone) (a name) after (someone)

When you give someone the same name as another person, like a family member, a character in a story, etc., you talk about it this way:

I named her "Robin" after the character from the Batman comic books.

We named him "Nishi" after my wife's uncle.

You usually name a child "after" someone else who you respect.

The word "sitcom" is short for "situational comedy". It's a type of comedy TV show which is set in an imaginary situation. For example, a sitcom might be about a large family who all live together in one house, or a group of coworkers who do crazy things together.

Some famous examples of sitcoms include:

Use this phrase when you're not sure why or how something happened:

Somehow I ended up sleeping on the floor with no sheets or pillows.

Somehow he forgot to lock the door when he left, but thank goodness no one came in or took anything.

Somehow I forgot their names.

If someone comes up with a nickname for a person or thing, and people continue to use that nickname, we say that the name "stuck".

People often use this phrase when explaining why they have a certain nickname. For example:

When I was in 3rd grade, some kid called me "Blinky" because I was blinking my eyes a lot. Unfortunately, the name stuck.

the past TV shows school
Print this Lesson

“There's a 24-hour fitness room on the first floor, which you can access with ...”