Lessons Whenever I visit my folks, my mom'll ...

“Whenever I visit my folks, my mom'll make a bunch of food and I'll completely gorge myself.” 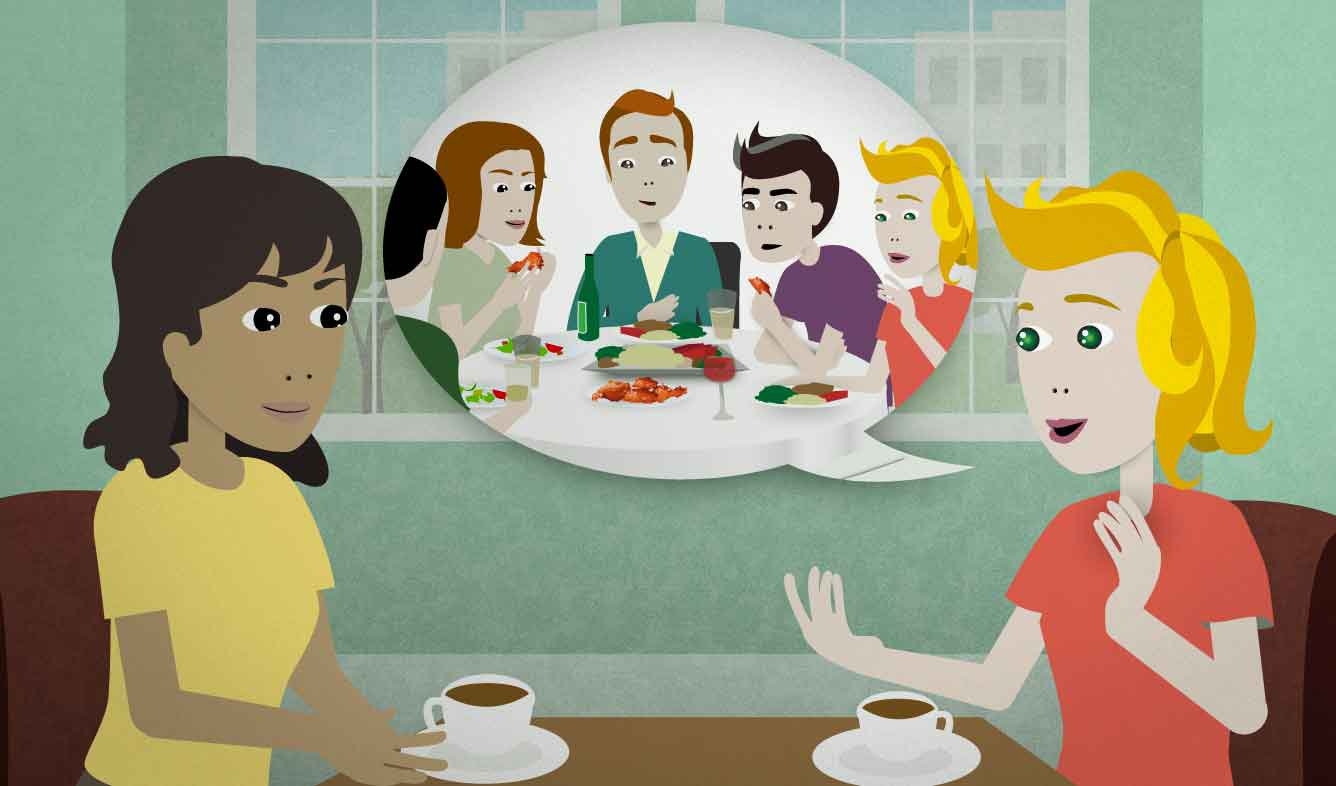 You're talking with a friend about your eating habits. You usually don't eat much except when you visit your parents. You tell your friend about this.

Whenever I visit my folks, my mom'll make a bunch of food and I'll completely gorge myself.

(something happens) whenever (someone does something)

Use "whenever" to talk about something that happens again and again in similar situations. For example:

He likes to stop by our office whenever he's in New York.

Individuals should be supported to make their own decisions whenever possible.

I get a sharp pain in my shoulder when I raise my arm.

If you say this, the doctor might ask, "Does it hurt every time?" But if you used "whenever", the doctor would already know that it was every time.

My folks moved here from China before I was born.

You can talk about other people's parents too:

How are your folks?

a bunch of (something)

We have a bunch of leftovers. Why don't you take some home?

I lost a bunch of money on the stock market.

It's a casual expression and can sound kind of childlike.

To "gorge yourself" means to eat too much food. This word sounds a little negative, so you might say:

We always use this word with "myself", "yourself", or other pronouns that include "self".

“It's time for the bouquet toss!”