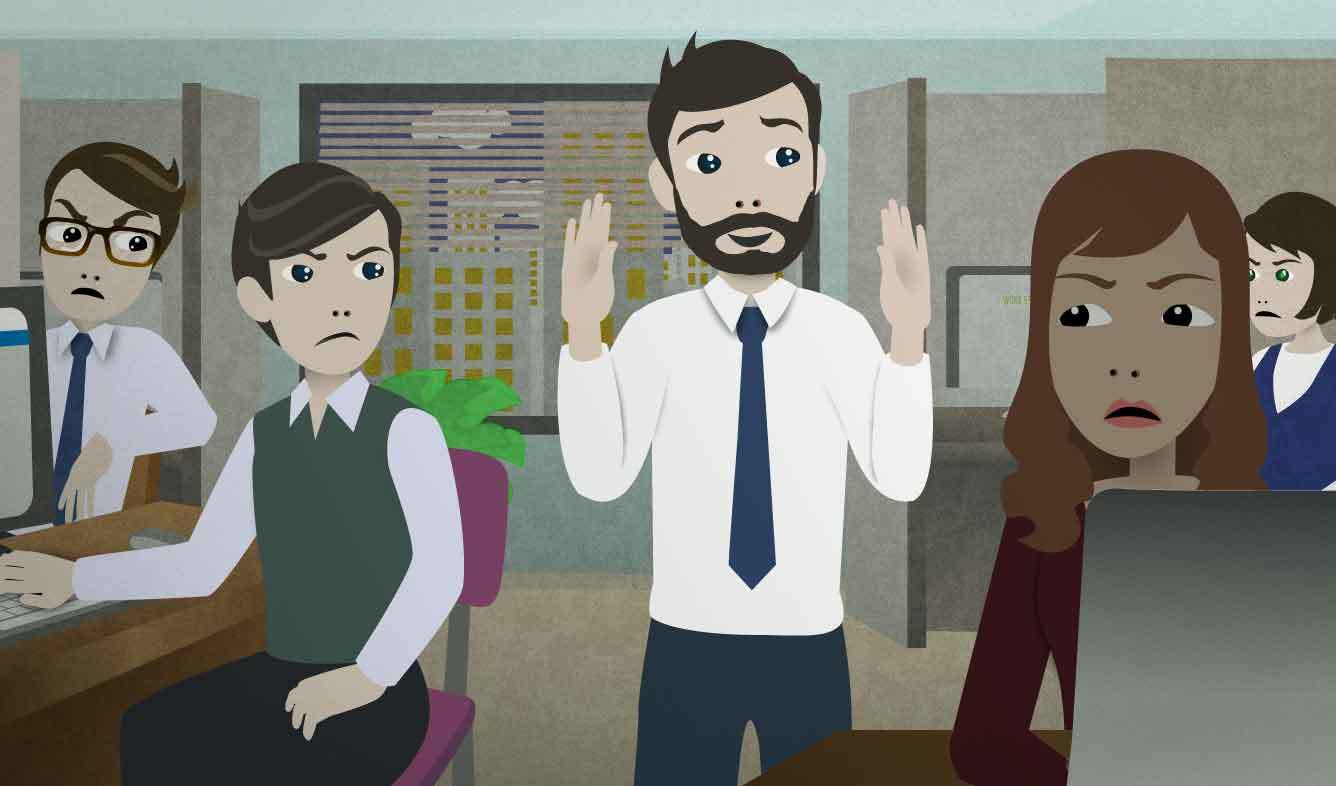 Your boss says that everyone needs to stay an hour late to finish a project. You tell the other employees. A few people are angry. You tell them it wasn't your idea.

Originally, "Whoa!" was a command that people gave to their horses. Not many of us ride horses regularly these days, but we still say "Whoa!" to other people.

For example, you can say this to the driver of a car:

Whoa! Slow down. There's an accident up ahead.

Or if your child has gotten too many cookies, you can tell them:

Whoa! Who told you you could have all those cookies? Put two of them back.

A good way to remember this phrase is to imagine that there's a war going on and a messenger arrives to tell the general that they've lost a battle. The general, angry that they lost, shoots the messenger who brought this information, even though it's not the messenger's fault.

If you want to shoot the messenger, that's fine but it's not going to change anything.

idioms at work
Print this Lesson

“She told me she had to draw some blood, and I swear I nearly fainted.”