Lessons She told me she had to draw some bloo...

“She told me she had to draw some blood, and I swear I nearly fainted.” 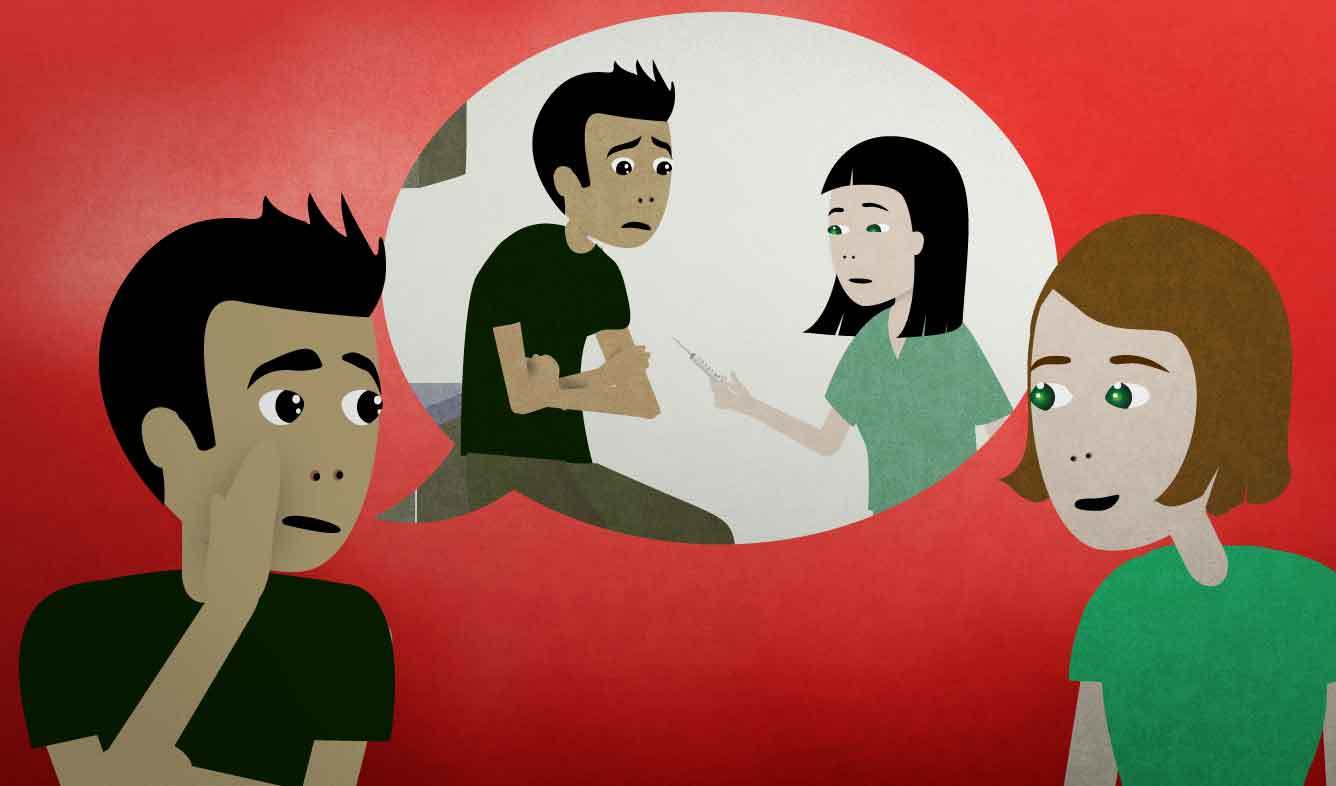 You're afraid of needles. You went to the doctor today and the doctor wanted to do a blood test. You're telling your girlfriend a story of your visit.

She told me she had to draw some blood, and I swear I nearly fainted.

"Drawing blood" means making blood come out of someone's body. You can "draw blood" by cutting yourself or someone else:

When a doctor or nurse takes blood out of your body to do tests, they say that they are going to "draw some blood".

If you're saying something that's a little hard to believe or sounds like an exaggeration, you can put "I swear..." in front of it. It means "I promise that this is true". For example:

I caught a fish yesterday, and I swear it was as long as my arm!

That aerobics class was brutal! I swear, I've never sweated so much in my life.

One confusing point is that people sometimes say "I swear" even though they really are exaggerating:

I swear, the line at the coffee shop this morning was like an hour long!

English speakers are also likely say "I swear..." when they're angry, to show that they're serious about a threat that they're making:

I swear, if you don't be quiet, I'm going to slap you!

(someone) nearly (did something)

"Nearly" means "almost". You can use it before a verb:

This big truck came zooming by and nearly hit us.

We nearly missed the show because of all the traffic.

You can also use "nearly" with adjectives:

These days, it's nearly impossible for a family to get by on a single income.