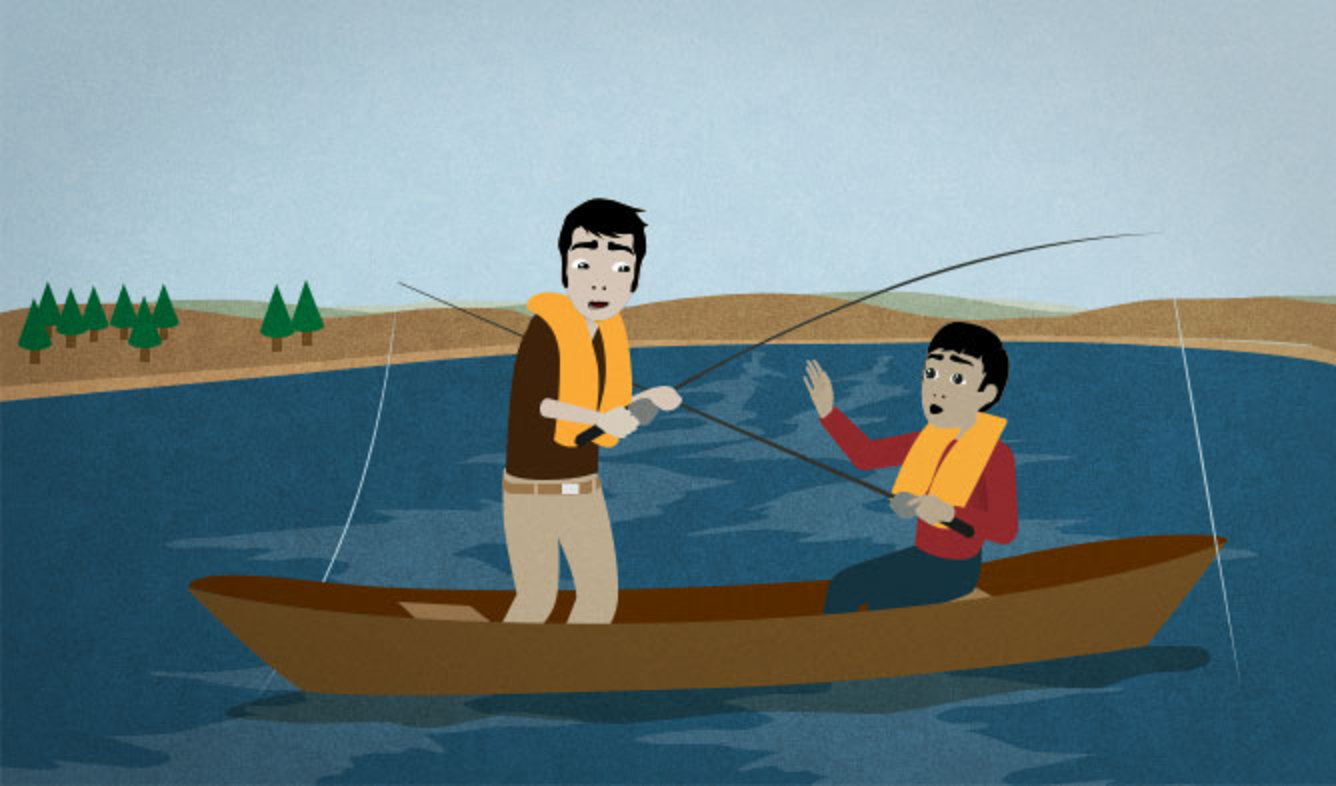 You're fishing in a canoe with a friend. Your friend has hooked a big fish, and he's pulling it in excitedly. It's making the boat unstable, so you warn him not to move so much.

Whoa, whoa, watch it. It's gonna tip over!

Originally, "Whoa!" was a command that people gave to their horses. Not many of us ride horses regularly these days, but we still say "Whoa!" to other people.

For example, you can say this to the driver of a car:

Whoa! Slow down. There's an accident up ahead.

Or if your child has gotten too many cookies, you can tell them:

Whoa! Who told you you could have all those cookies? Put two of them back.

There are two situations in which English speakers say "Watch it!"

"Tipping over" means falling down from an upright position and spilling something. Here are some things that might "tip over":

Here are some things that you usually wouldn't describe as "tipping over":

“You might be tempted to cut corners on your taxes, but when the government co...”