“Yeah, it's a huge environmental disaster.” 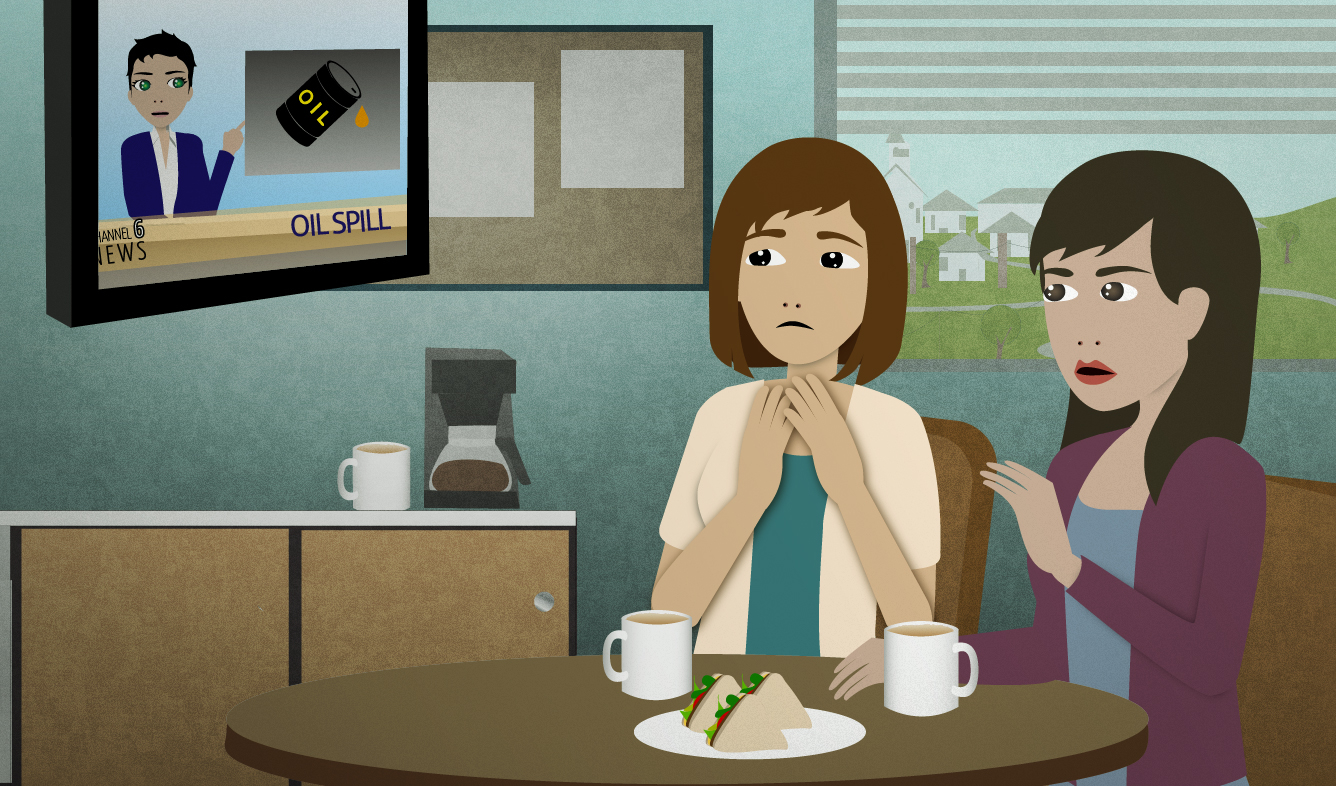 You're talking with a coworker about a large oil spill. She is talking about how big of a problem it is. You agree, so you say this.

Yeah, it's a huge environmental disaster.

"Huge" means "very big". Some things that are often described as "huge" are:

Some evironmental disasters are:

“I don't see that happening any time soon.”

“You can't count on someone always being there to support you.”