Lessons You know how you were talking about C...

“You know how you were talking about Coldplay coming to town? Well, ta-da!” 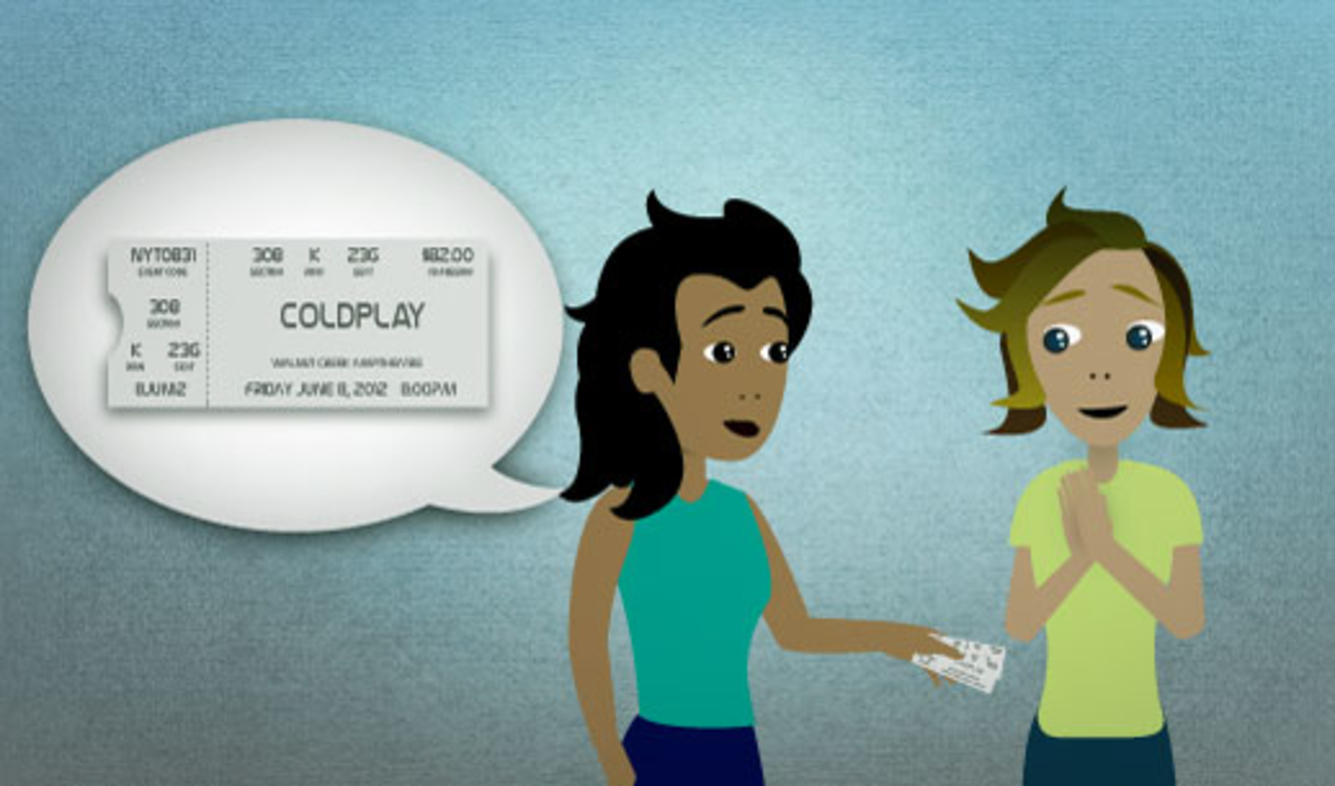 You bought concert tickets for you and your girlfriend. You want to surprise her a little, so you tell her about the tickets this way.

You know how you were talking about Coldplay coming to town? Well, ta-da!

You know how (someone) was talking about (a topic)? Well...

Use this expression to continue talking about a topic of conversation that you or someone else was talking about earlier. The earlier topic could be from a few minutes ago, or even months ago:

You know how Amanda was talking about going on a "caveman diet" a few months ago? Well, I read something about that this morning on the Internet. It actually seems really interesting.

(a band or performer) is coming to town

When a band, a singer, a comedian, etc. is going to perform near you, you can say that they're "coming to town":

Have you heard that Lady Gaga is coming to town next weekend?

One time last year, Russel Peters came to town and me and some friends went to see him.

You use the word "town" even if you live in a large city.

"Ta-da!" is the sound that a magician traditionally makes when he does a magic trick, like pulling a rabbit out of his hat.

In modern days, people say this when they reveal a surprise, especially a happy surprise. For example, if you get dressed up really nicely, you can say "Ta-da!" when you show your clothes to your boyfriend or girlfriend. You can also say "Ta-da!" when you unexpectedly give a person something that they wanted:

You know how you've been talking about wanting a new teapot? Well, ta-da!

“I hope we can still be friends.”

“Restricted area: Do not enter.”