Lessons You reward them whenever they obey, s...

“You reward them whenever they obey, so soon they'll start to associate the positive behavior with a reward.” 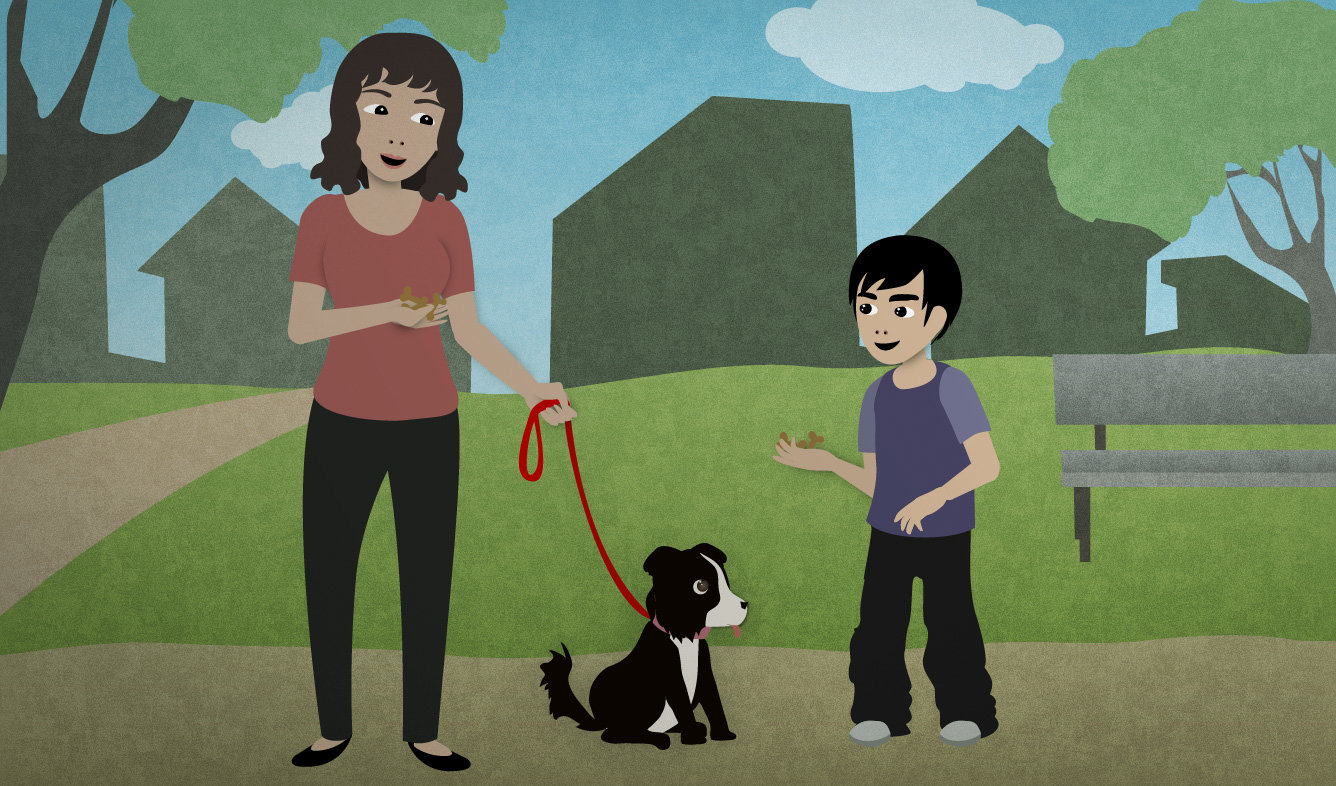 You've trained your dog very well. You're teaching your son how to train the dog properly. You explain when to give the dog a treat.

You reward them whenever they obey, so soon they'll start to associate the positive behavior with a reward.

(something happens) whenever (someone does something)

Use "whenever" to talk about something that happens again and again in similar situations. For example:

He likes to stop by our office whenever he's in New York.

Individuals should be supported to make their own decisions whenever possible.

I get a sharp pain in my shoulder when I raise my arm.

If you say this, the doctor might ask, "Does it hurt every time?" But if you used "whenever", the doctor would already know that it was every time.

A "reward" is a gift, a treat, or a prize that you give someone when they've done something good. You can use "reward" like this:

They're offering a $500 reward for anyone who finds it and returns it to them.

Kindness is its own reward.

To "obey" means to do what your master says. We most often use "obey" when talking about pets:

You can teach a dog to obey your commands, but it's hard to train a cat.

Sometimes people use "obey" to talk about people, but it can sound kind of insulting. It makes the person who's obeying seem like an animal or slave.

When she tells him to do something, he obeys like a servant.

There are three ways to use "obey":

He obeys his master.

They obey my commands.

"Rewarding" someone means giving them a gift, a treat, or a prize. You "reward" someone for doing things that you want to encourage. Here are some examples of actions that you might "reward":

To "associate" things with each other means to connect them in your mind. When you think of one thing, you think of the other.

Many people associate the color red with blood or anger.

I associate mathematics with feelings of frustration and inadequacy.

"Positive behavior" means acting in a way that is correct, healthy, or helpful.

This is a phrase that teachers, psychologists, or scientists might use.

“With a DSLR like this one, you can detach the lens and attach, like, a zoom l...”