Lessons You seem to have a hairline fracture ...

“You seem to have a hairline fracture in one of the minor bones in your foot.” 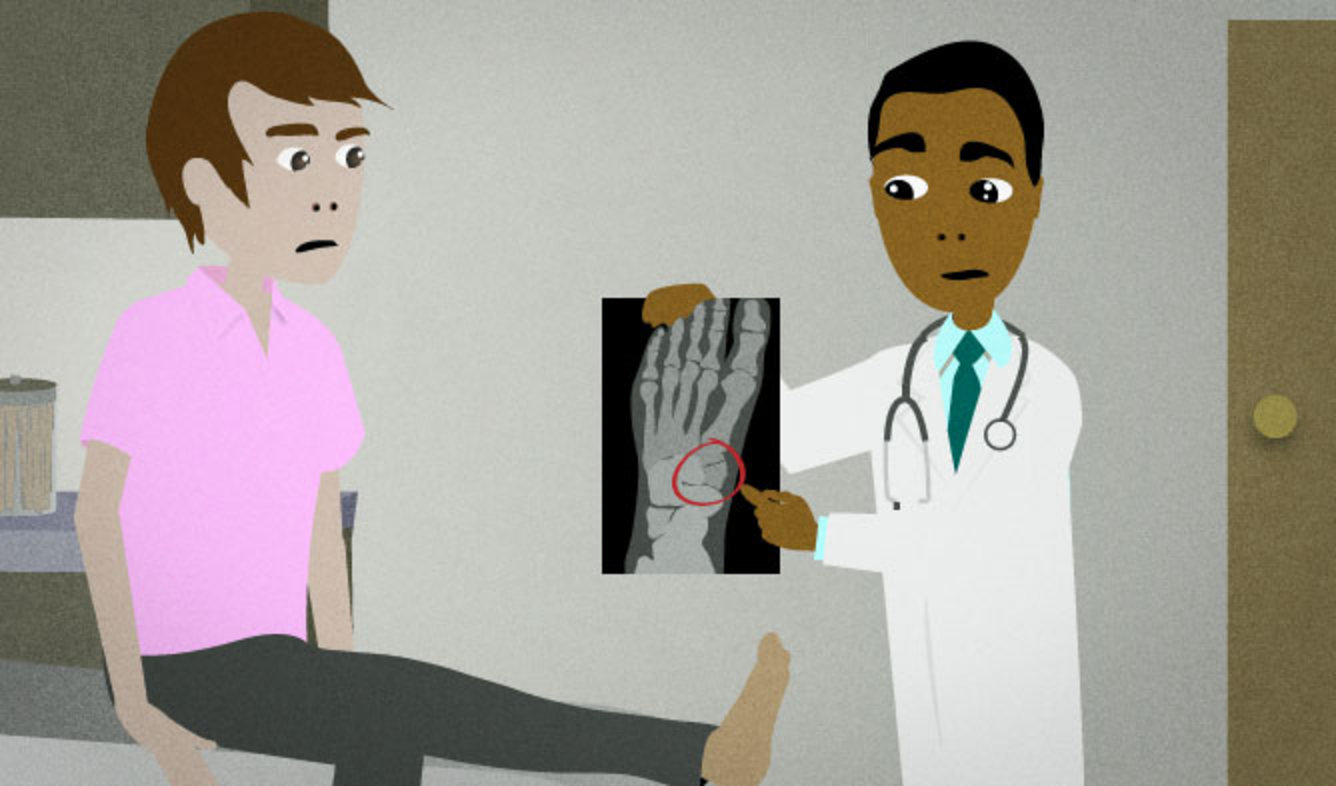 Your foot hurts after a sports accident, so you went to the hospital. The doctor has taken an X-ray, and now he's showing it to you and explaining what's wrong.

You seem to have a hairline fracture in one of the minor bones in your foot.

(something) seems to (do, have, or be something)

You can say that something "seems to be ___" when you notice something but you're not completely sure that you have identified it correctly. For example, if you're video chatting and it takes her a few extra seconds to answer your questions, you can say:

You can also use "seems to..." to politely point out a problem.

For example, imagine that you're paying for a shirt that you buy at a department store, and you give the cashier some cash. But after he counts it, he says to you:

You seem to be a bit short.

That means "You don't have enough money." But the cashier just says "You seem to be..." to be polite. "Seems to..." is a way to act like you might be wrong about what you've seen or heard, even if you're actually sure that you're correct.

(someone) has a fracture in (a body part)

If you "have a fracture", it means that one of your bones is broken. This is the term that doctors use to describe broken bones.

To explain which bone is broken, you say that the fracture is "in" a part of the body:

She has fractures in two of her ribs.

A few kinds of fractures include:

body in a doctor's office injury have
Print this Lesson