Lessons You'd think that someone who's been i...

“You'd think that someone who's been in the military would be more disciplined.” 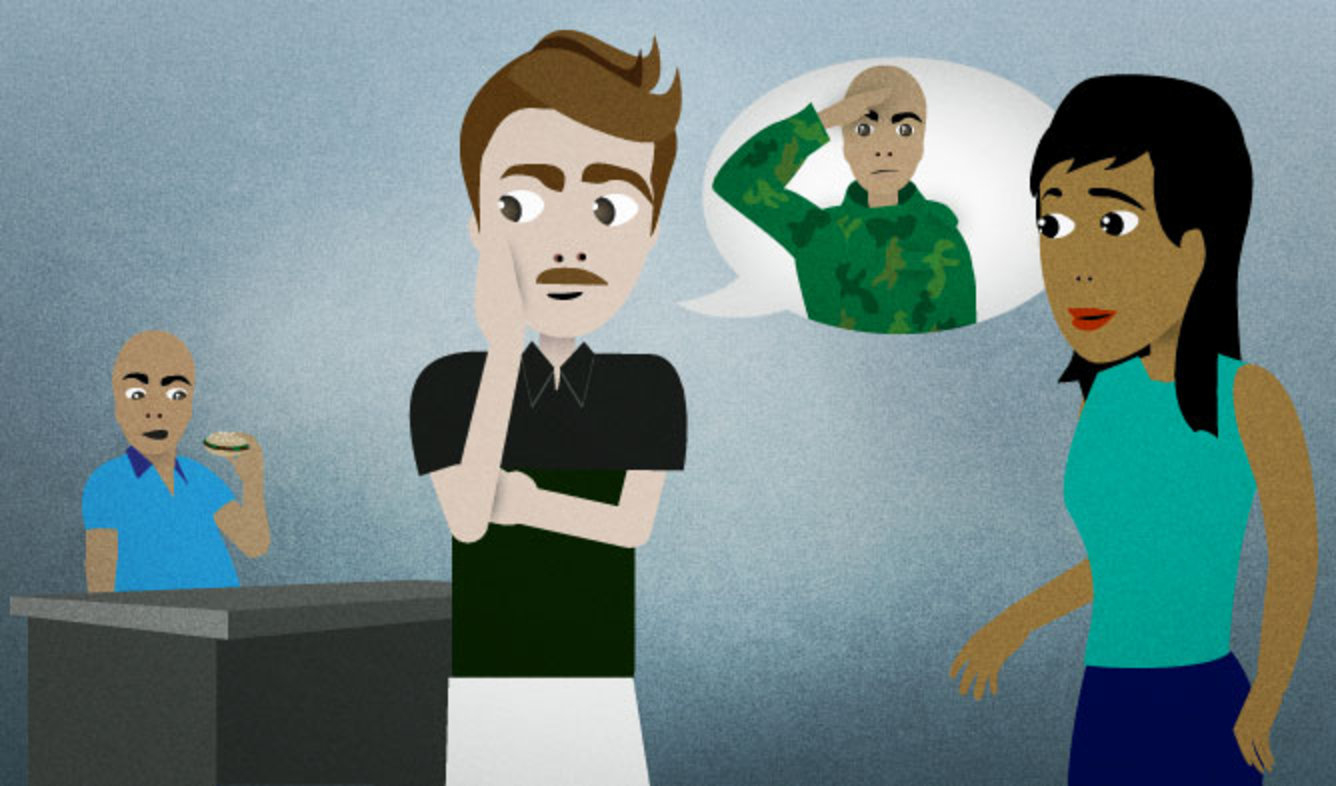 Your boss used to be in the army, but now he's fat and lazy. You're gossiping about him with a co-worker. You say this.

You'd think that someone who's been in the military would be more disciplined.

(someone) is in the military

If you're talking about someone who was a soldier in the past, say:

He was in the military

She's been in the military.

A "disciplined" person has self-discipline. They are able to control themselves. They can do things like:

The word "disciplined" is very positive.

You'd think that (something) would (do or be something)

Use this expression when something happens that you don't understand, and you expected it to be different.

The easiest way to understand this is through examples. First, imagine that you visit a city that has a reputation for being expensive, but you find out that the hotels there are actually cheaper than in your own city. You can say:

You'd think that the hotels here would be more expensive.

Now imagine that the company you work for is a very large client for another company. However, when you make requests to this other company, they refuse. You can't believe that they're not treating you better. Say this:

You'd think that they would be a little more accommodating, considering how much money we're spending with them.

disbelief discipline gossipping the military modals would
Print this Lesson