Lessons A C? Uh-uh, that's not gonna cut it. 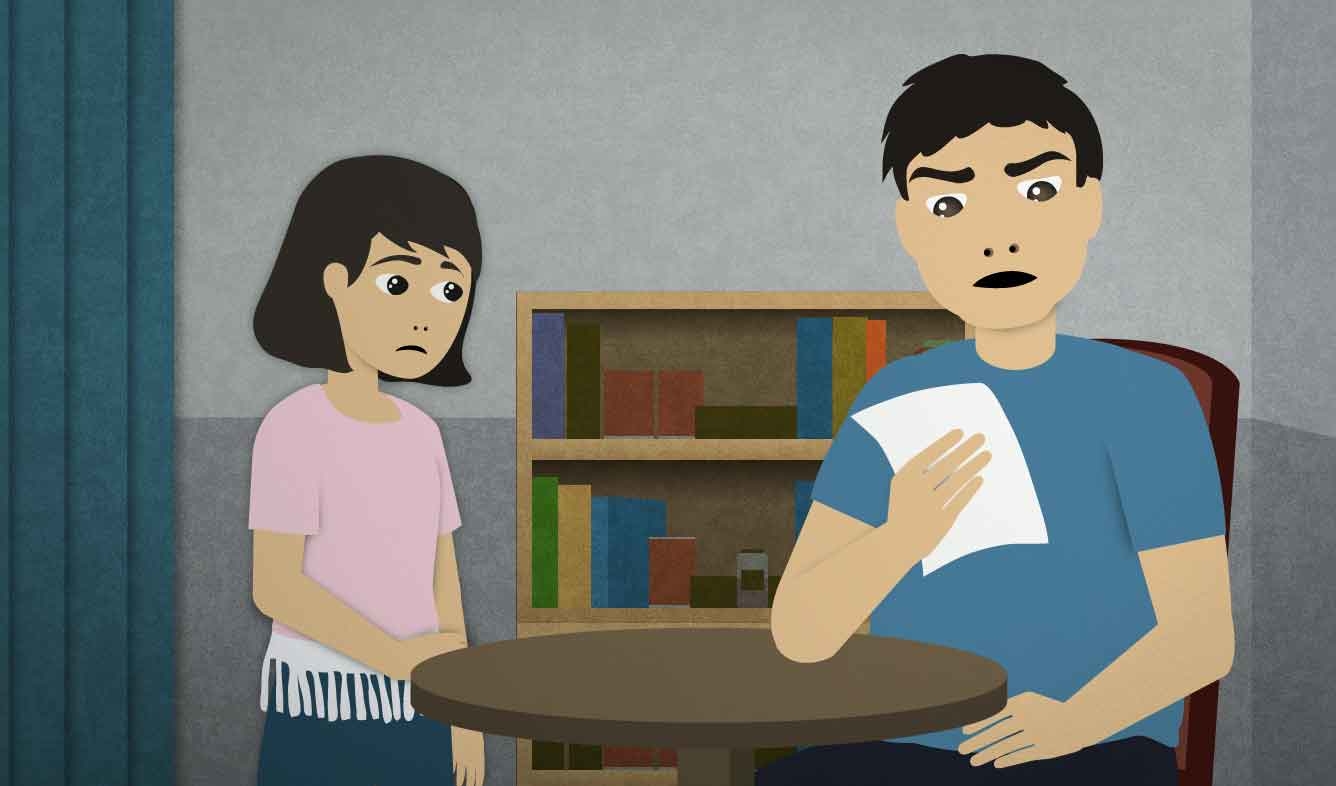 Your daughter shows you her report card from school. She got a pretty bad grade in her math class. You get mad at her and say this.

"Gonna" is a way of pronouncing "going to". You use it like this:

What're you gonna do?

Native English speakers sometimes mash these two words together. It actually sounds more like "gunna", but "gonna" has become the accepted way of spelling this when you want to capture the sound of someone's ungrammatical speech.

In most schools in the United States, students are given a letter grade from "A" to "F".

She got a "D" on her History exam.

"A" is the best grade, "B" is a little lower, and so on. There is actually no "E" in most systems. An "F" grade means that the student failed.

"Uh-uh" means "no". Here are some examples of how to use it:

A: You told me that you were going to take me with you.

A: Have you seen my jacket?

"Uh-uh" is a casual phrase, and not common in written English.

(something) is not going to cut it

The phrase "not going going to cut it" means that something is not good enough. You can use this to talk about something like the quality of a person's work:

“Most of the various online invoice services come with an assortment of profes...”

“Kids who learn martial arts gain not only strength and the ability to defend ...”