Lessons All I had to wear was an old worn-out... 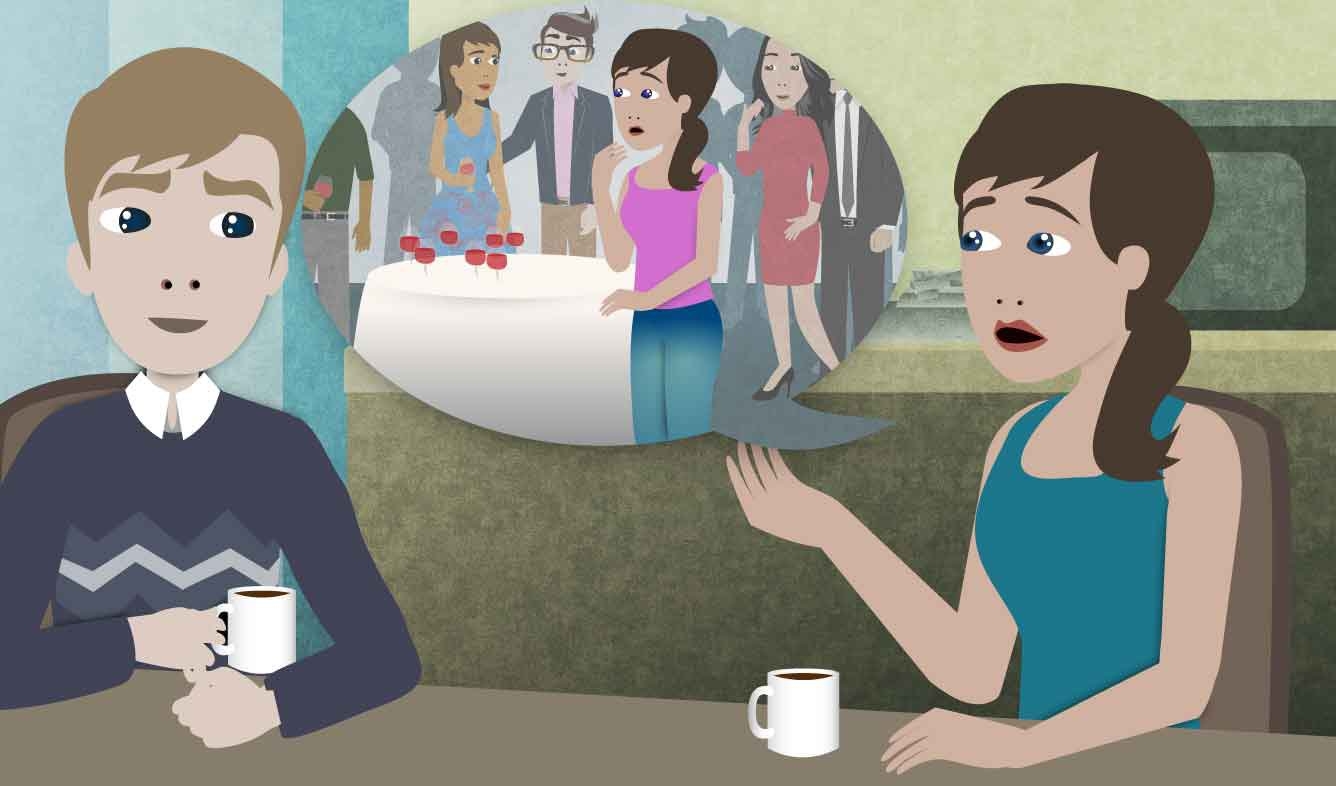 You went on a trip last week, and were invited to a formal party. However, you only had casual clothes in your suitcase. You tell the story to a friend.

All I had to wear was an old worn-out pair of jeans.

When something is "worn out", it means that it's been used a lot. It probably looks old and might not work very well anymore because it's been used so much:

All I had to wear was an old worn-out pair of jeans.

You can also say that a person is "worn out". This just means that they're really tired:

When I get home from work, I'm worn out and all I want to do is lay on the couch and watch TV.

a pair of pants

Even though pants are one single item of clothing, they have two leg parts. Because of this, we always say "pants" with an "-s" at the end, and if you want to count them, you call them "a pair":

Why do you have so many pairs of pants?

You also call these clothing items "a pair":

a pair of glasses

a pair of gloves

a pair of shorts

a pair of shoes

a pair of socks

All I have is (something)

Say this when you don’t have much of something. It’s similar to saying “the only thing I have is (something.”

All I have is soda and orange juice.

All I have is a few paragraphs. I’m way behind.

As you can see from the main example, you can also use this phrase in the past tense.

All I had was some carrot sticks, so I was starving by dinnertime.

have (something) to wear

People use this phrase to talk about clothes. It means having clothes that are appropriate:

I don't have anything to wear to the Christmas party!