Lessons All I want is to meet a guy with a st...

“All I want is to meet a guy with a stable job and a good sense of humor. Is that too much to ask?” 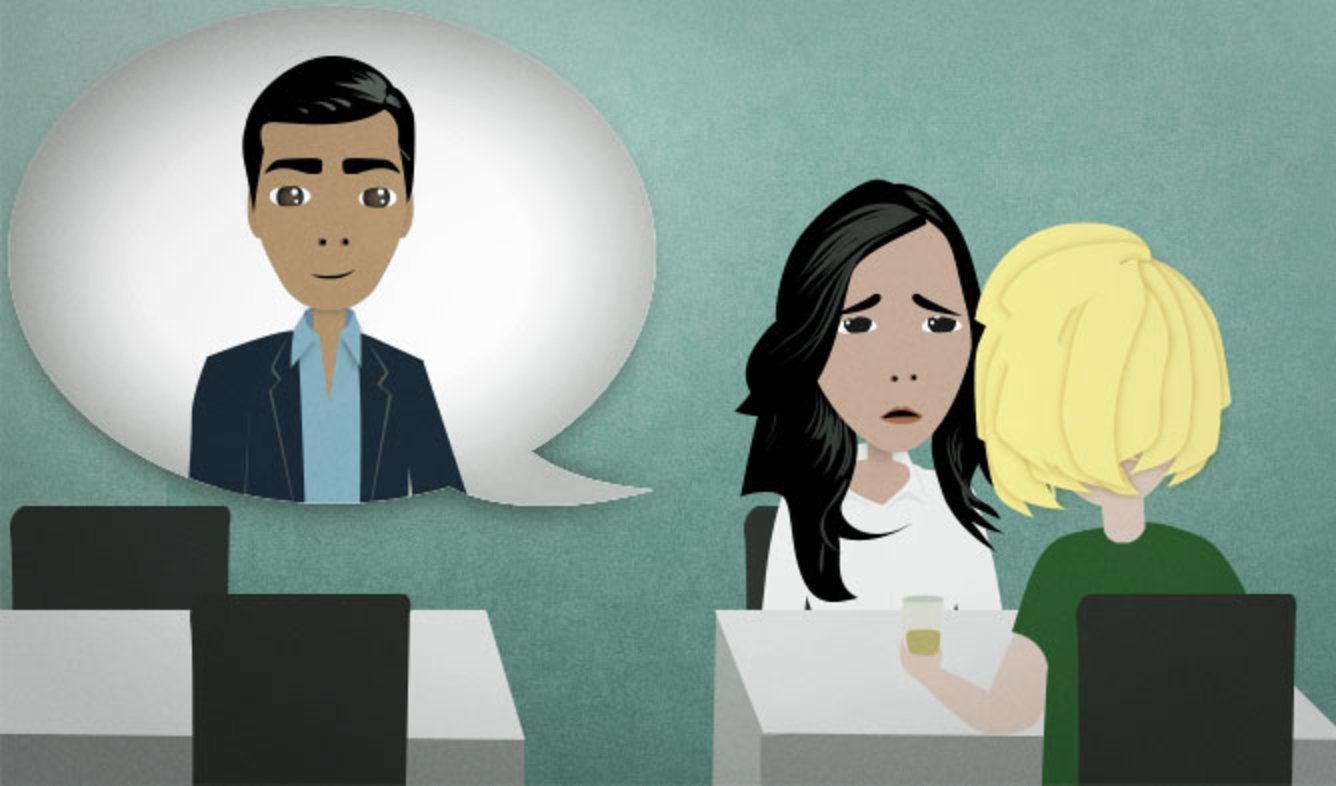 You're single. You've been on a few dates with different men recently, but they all went badly. Now you're frustrated that you can't meet someone normal. You complain to your friend.

All I want is to meet a guy with a stable job and a good sense of humor. Is that too much to ask?

(someone) has (some kind of) sense of humor

Someone's "sense of humor" is their style of joking, and also the way that they react to other people's jokes. You can say that someone:

When women are discussing men's attractiveness with each other, it's usual for them to call the men "guys":

What kind of guys are you into?

I met a really cute guy in my Spanish class.

All I want is (something).

Say this to explain something that you want, which you think should be easy to have.

All I want is a job where I can make a decent living.

All I want is a little time to myself.

All I want is to go home, play with my kids for a few minutes, watch some TV, and go to bed.

People usually use this phrase when they're a little frustrated.

You can also say "All I want to do is ___" followed by some action.

All I want to to is go home so I can snuggle with my little angels.

When someone is single, they might talk about "meeting" a man or woman. For example:

I wish I could meet a woman who was into the same kind of stuff I'm into.

When someone says they want to "meet" someone, it means "meet for the first time, and then start a relationship".

A "stable job" is a job which pays a regular amount of money, requires normal working hours, and which a person can keep for a long time.

The opposite of "stable" is "unstable". Unstable jobs include freelance work, part time jobs, owning one's own company, and working for a business which is failing.

When you describe a job as "stable", it seems good but maybe a little boring.

Is that too much to ask?

People say this phrase when they're frustrated: they want something which seems simple and easy, but they can't get it. For example:

I just want to have one evening when we don't get in a big argument. Is that too much to ask?

I told you to take out the trash. Come on! Is that too much to ask?

When I call a meeting, I expect you all to show up on time. Is that too much to ask?

A person who asks this question sounds frustrated.

“It stood motionless for a moment and then it leapt away.”

“If you're bored, I suggest that you take up a hobby.”