Lessons Amy and I were sitting there talking ...

“Amy and I were sitting there talking and this guy I know walked by.” 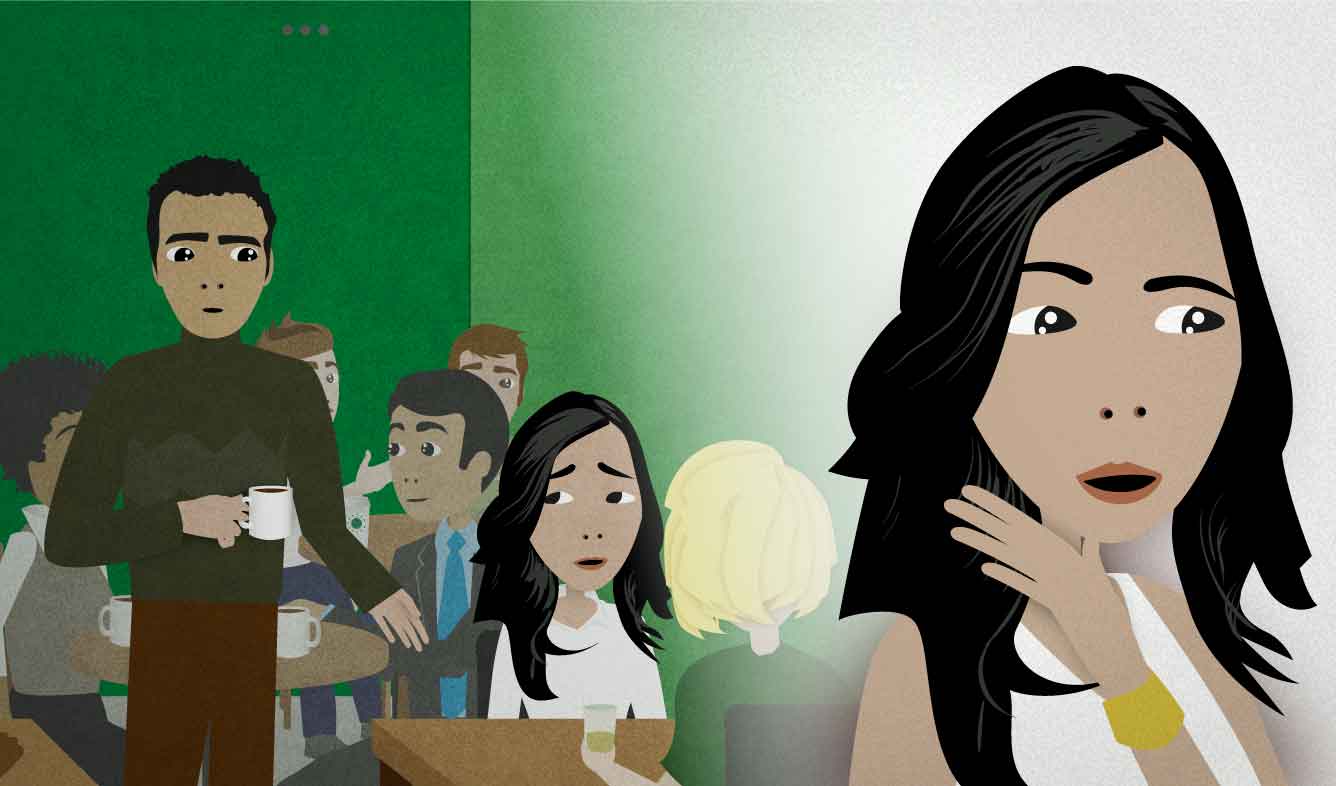 Something interesting happened to you yesterday while you were having lunch with your friend. Now you are telling the story to another friend who wasn't there. You start the story by explaining the situation and what happened like this.

When you talk about yourself and another person, there are certain rules in English for which comes first - you or the other person:

You can combine "sitting" or "standing" with another action in this way. A few more examples:

I was sitting on the couch doing my homework.

They're still standing outside the train station waiting for someone.

Describing an action in this way with "sitting" or "standing" makes it sound like the action wasn't very important or interesting. This kind of phrase is often used to set up a story, like in the example above.

a (person) (someone) knows

"An acquaintance" is a person you know who's not close enough to be called a "friend". But the word "acquaintance" is pretty formal. When you're telling a story or talking to a friend, it's more natural to say "a person I know", "a woman he knows", "this guy she knew", etc.:

This guy I know is from Laos, and he said that there are a lot of expats living there now.

To "walk by" someone means to walk past them. These would all count as "walking by" someone:

You can use "walk by in the following ways:

Brendan walked by me without saying 'hello'.

“Sorry, I can't help but get sucked in when there's a game on.”