“Back in the '80s, there was graffiti all over the place in the city.” 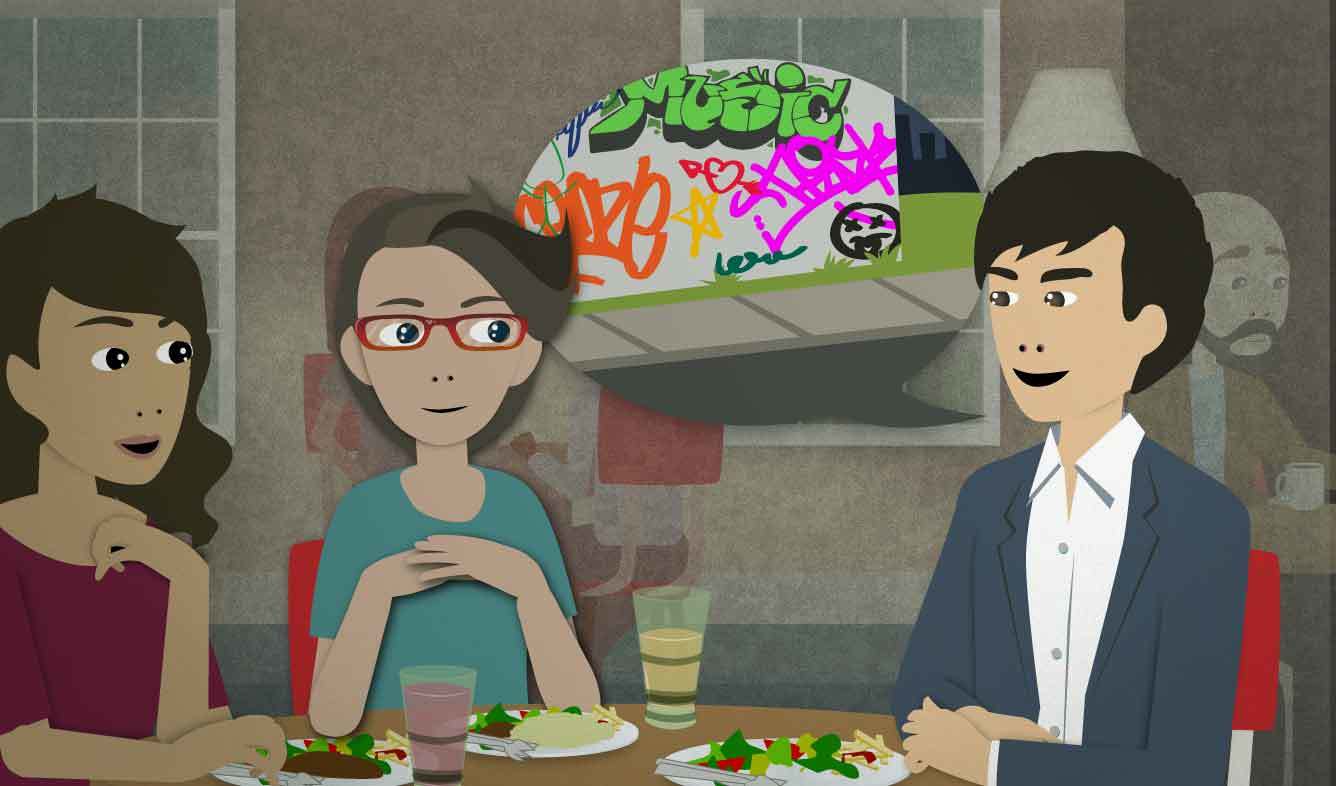 You're at dinner with some friends, discussing politics in your city. Your friend thinks that the mayor isn't doing a good job. You point out how much better some things are now than they used to be.

You can also specify if something was at the beginning, middle, or end of the decade:

"Graffiti" is drawings or paintings that are done on places like sidewalks, the sides of buildings, inside train cars, and in other public places.

(something) is all over the place

When something is spread out in many locations, you can say that it is "all over the place":

Her apartment is a pig sty. There are clothes and empty food containers all over the place.

Go to any town in the U.S., and you'll see fast food restaurants all over the place.

"All over the place" sounds messy and unorganized.

art city the past
Print this Lesson

“Did I leave my camera at your place, by any chance?”