Lessons Blackbeard was a notorious pirate who...

“Blackbeard was a notorious pirate who raided ships in the early 18th century off the east coast of the United States.” 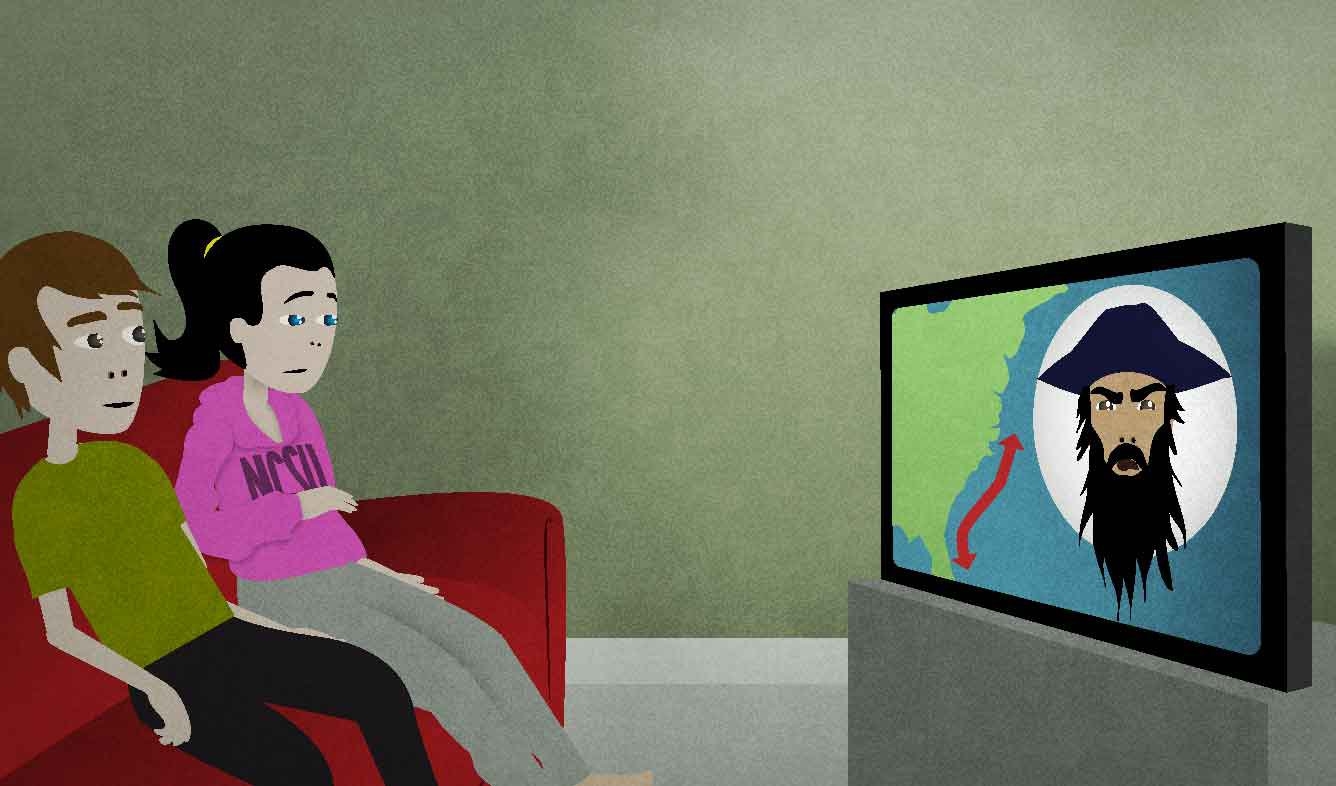 You're watching a documentary about history. The narrator is describing a pirate.

Blackbeard was a notorious pirate who raided ships in the early 18th century off the east coast of the United States.

off the coast of (somewhere)

This phrase describes a location in the ocean that's away from the land but close to a certain continent, country, state, province, island, etc.:

off the coast of South America

off the coast of Maui

off the coast of California

You can also include details about which side of a country you mean:

They crashed off the south coast of Cuba

You can use this phrase as an adjective like this:

They discovered the sunken remains of a fifteenth-century trading ship.

They didn't have our modern 21st-century conveniences back then.

Without the hyphen ("-"), you can use this phrase as a noun too:

They've been fighting off and on since the 17th century.

To be "notorious" means that you are famous or well-known for doing something bad. Examples include:

"Pirates" are people who attack ships and steal things from them.

When most of us think of pirates, we think of people from the 1700s who sailed on wooden sailing ships. However, there are also modern-day pirates in some parts of the world.

When a group of people attack something and steal things, it's called "raiding":

Bands of thieves would sometimes raid the village.

“Creating multiple layouts for each different device would be quite time inten...”