Lessons Dear Mr. Kent: I am writing to inform...

“Dear Mr. Kent: I am writing to inform you that we have not yet received your rent payment for this month.” 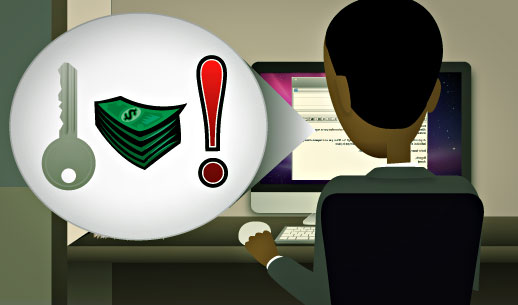 You work in the management office of an apartment building. One of the tenants hasn't paid his rent yet for this month, and the payment is 10 days overdue. You're writing a letter to warn him to pay his rent immediately. You start the letter like this.

Dear Mr. Kent: I am writing to inform you that we have not yet received your rent payment for this month.

When you're writing formal letters or e-mails, the most common way to start them off is with:

But you shouldn't address all letters and e-mails this way. Most personal messages just begin with "Hi (first name),". But you should use the more formal greeting above in these situations:

I am writing to inform you that (clause)

This is a phrase that people use at the beginning of a very formal letter or e-mail. For example, if you're writing a letter to inform an employee that you are firing them, it might start:

I am writing to inform you that we will not be renewing your contract for 2011.

In addition to "that...", you can also say "I am writing to inform you of (something)". For example, if you want to quit your graduate school program, you could write to your academic advisor:

I am writing to inform you of my decision to withdraw from the program.

As you may be able to tell, "I'm writing to inform you..." is often used for formally announcing some kind of bad news.

(something) has not yet (done something)

In normal, conversational English, the word "yet" comes after the verb:

He hasn't started yet.

But you can also put "yet" before the verb. Doing this makes the sentence seem a lot more formal:

It has not yet begun.

There's a famous example of this phrase from history. In a battle during the Revolutionary War between America and Britain, a captain in the American navy was told to surrender by the British. He replied:

I have not yet begun to fight!

This means "I haven't even started fighting yet!" The captain was telling the British soldiers that he would not give up.

Here's another example. In a nature film about a family of bears, the narrator might say:

The cubs have not yet reached maturity, so they continue to stay very close to their mother.

Announcers and narrators sometimes use formal English like this.

payment for (a time period)

People are supposed to pay their rent each month. If you pay your February rent a month early or a month late, you're still paying "for" February, although you may be making the payment "in" January or March.