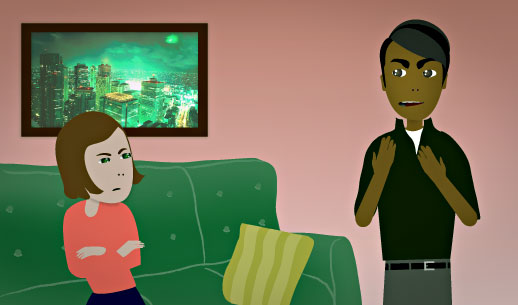 Your boyfriend seems to be angry at you. He's acting rude to to you, and you don't know why. You want to let him know that you're annoyed by his behavior, and you say this to start an argument.

A: Dude, what's your problem?

B: What's my problem? You're the one who's acting like a jerk!

People usually say "What's your problem?" to family members or people that they're in a close relationship with. But some people would also use this phrase when talking to a stranger who made them angry.

You should not ask "What's your problem?" to ask about someone's health. If someone seems to be sick, ask:

anger having an argument yelling at someone
Print this Lesson

“Dear Mr. Kent: I am writing to inform you that we have not yet received your ...”