Lessons Do you have any formal training? 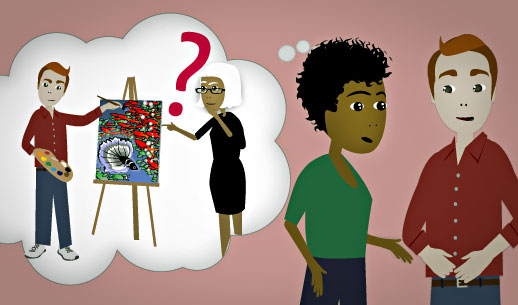 You meet someone who's a really talented artist. You want to know how he became so talented. You ask this.

Do you have any formal training?

The words "some" and "any" have almost the same meaning. But you use "some" in positive sentences:

He didn't study at a four-year university, but he does have some formal training.

Is there any tea left?

have formal training (in a skill)

You usually use this phrase to talk about skills that some people learn in school, but other people learn on their own.

You might notice that the speaker in the example asks "Do you have..." instead of "Did you have formal training?" That's because "training" is something that sticks with a person. Once you're trained to do something, you can say that you "have" that training:

I have training as a lifeguard.

You could say this even if you got your training several years ago.