Lessons Do you want the aisle seat?

“Do you want the aisle seat?” 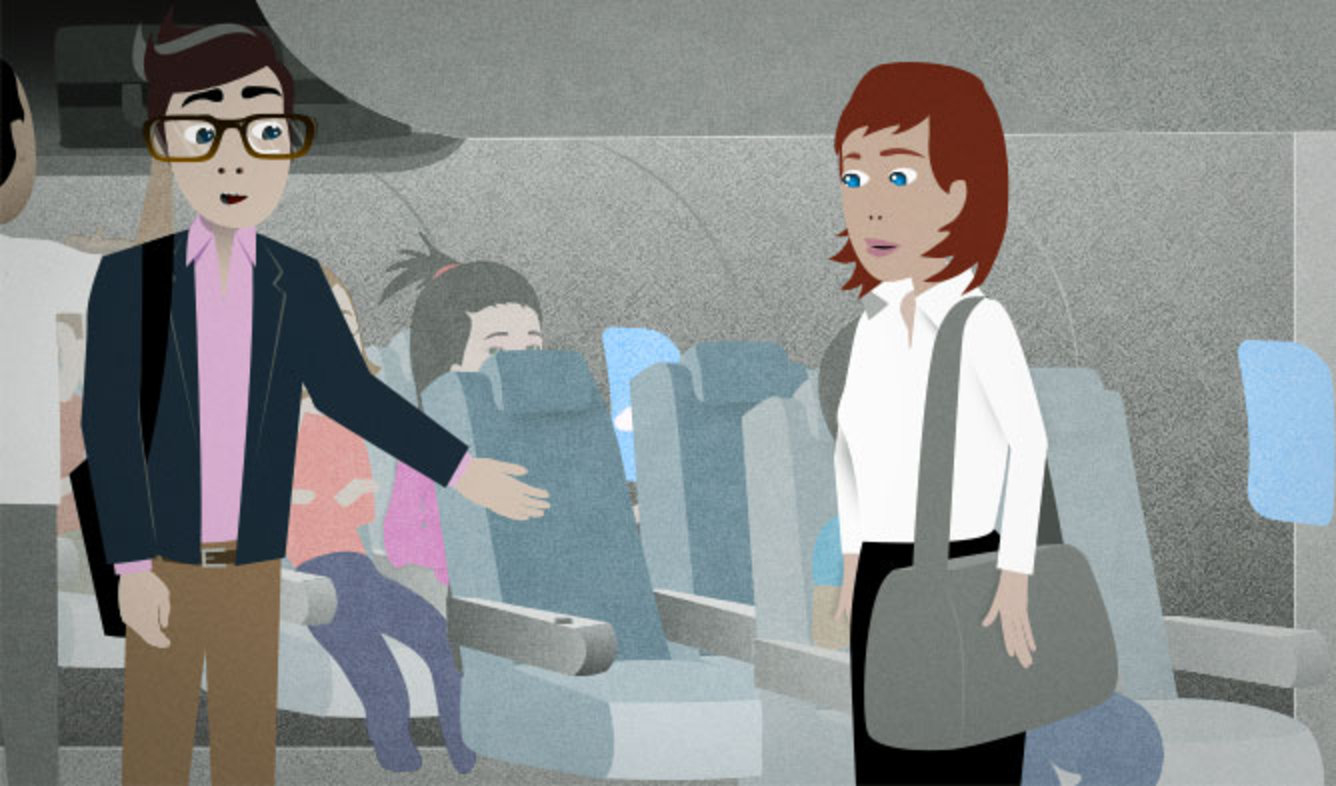 You're boarding a plane on a business trip with your coworker. You want to be polite, so you let your coworker choose the seat.

Do you want the aisle seat?

Do you want (something)?

This is a casual way to offer something to someone:

Do you want some pizza?

A more formal way to make an offer is "Would you like (something)?"

When seats are arranged in rows, like on an airplane, in a theater, in a sports stadium, etc., there are open spaces called "aisles" where people can walk to get to the correct row. A seat which is next to the aisle is called an "aisle seat".

In an airplane, the seat next to the window is called the "window seat". The seat on the outside is the "aisle seat". If there are three seats next to each other, the one in the middle is the "middle seat". Some people like the window seat because they can see outside of the plane. Others like the aisle seat because it's a little easier when you sit down and stand up.

on an airplane offering someone something
Print this Lesson

“It calls for vanilla extract. Do we still have any?”