Lessons Remember that sketchy neighborhood we... 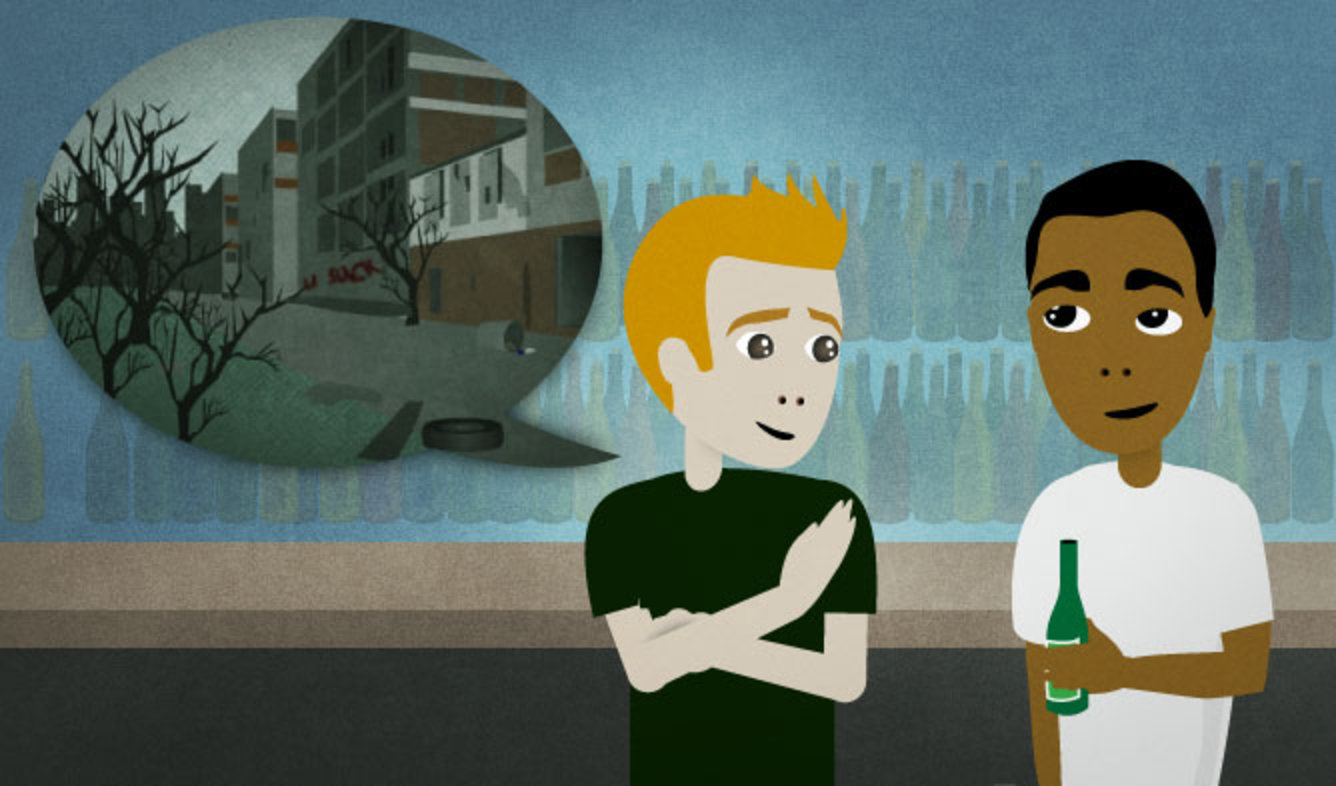 You're talking with an old college friend. You're remembering old times together. In college, you and your friend were poor so you lived in a cheap house in a dangerous part of town. You remind him of this.

Remember that sketchy neighborhood we used to live in?

live in (a place)

You "live in" a country, a state, province or prefecture, a city, or a neighborhood:

I used to live in Canada.

She lives in Beverly Hills.

Sometimes you can use "live on" for explaining which side of a city you live in:

I live on the South side of Chicago.

You live at a specific address:

I live at 112 West Crescent Street.

You ask this question to ask whether someone remembers an experience that you had together. For example:

Remember that time when we went camping and forgot to bring a tent?

You don't usually ask "Remember ___?" to find out whether someone remembers facts like this:

Do you remember his phone number?

A "sketchy" neighborhood looks like it might be dangerous. Often a sketchy neighborhood has old buildings that need to be repaired. There might also be people there who look violent or sneaky.

Other things that you can describe as "sketchy" include:

college the past used to
Print this Lesson

“Do you want the aisle seat?”

“It seems to be trendy these days to have a bit of stubble. To me, it just loo...”