Lessons Don't try to force it in! 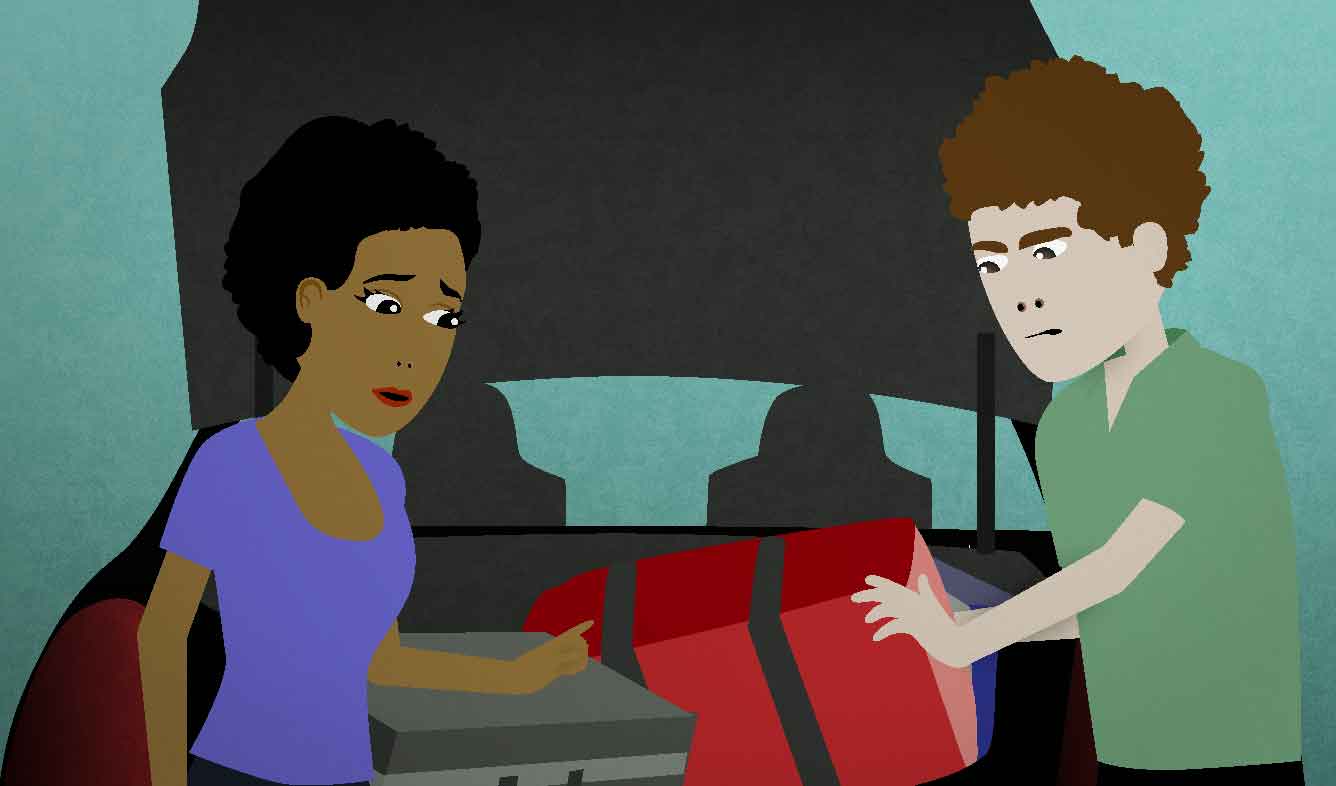 You're going on a trip with your friend. He's trying to get your suitcase into the trunk of his car, but there isn't enough room. He's pushing on it hard to try to fit it in, but you're afraid he'll break something. You say this.

Don't try to force it in!

To "force" something into a place means to try to get it in by pushing or squeezing it strongly. "Forcing something in" carries a negative meaning, because it sounds like you're pushing it too hard and it might break something.

In general, use "force" for things that are difficult and probably shouldn't be done, but you do them anyway. For example, if you don't really want to watch a movie but you watch it anyway because it's supposed to be a great movie, you can say:

I had to force myself to watch it.

And if your son doesn't want to study, but he needs to work hard to improve his grades, tell him:

You've just got to force yourself to sit down and concentrate.

“Before you know it, he'll be all grown up.”