Lessons Can you loan me a couple hundred buck... 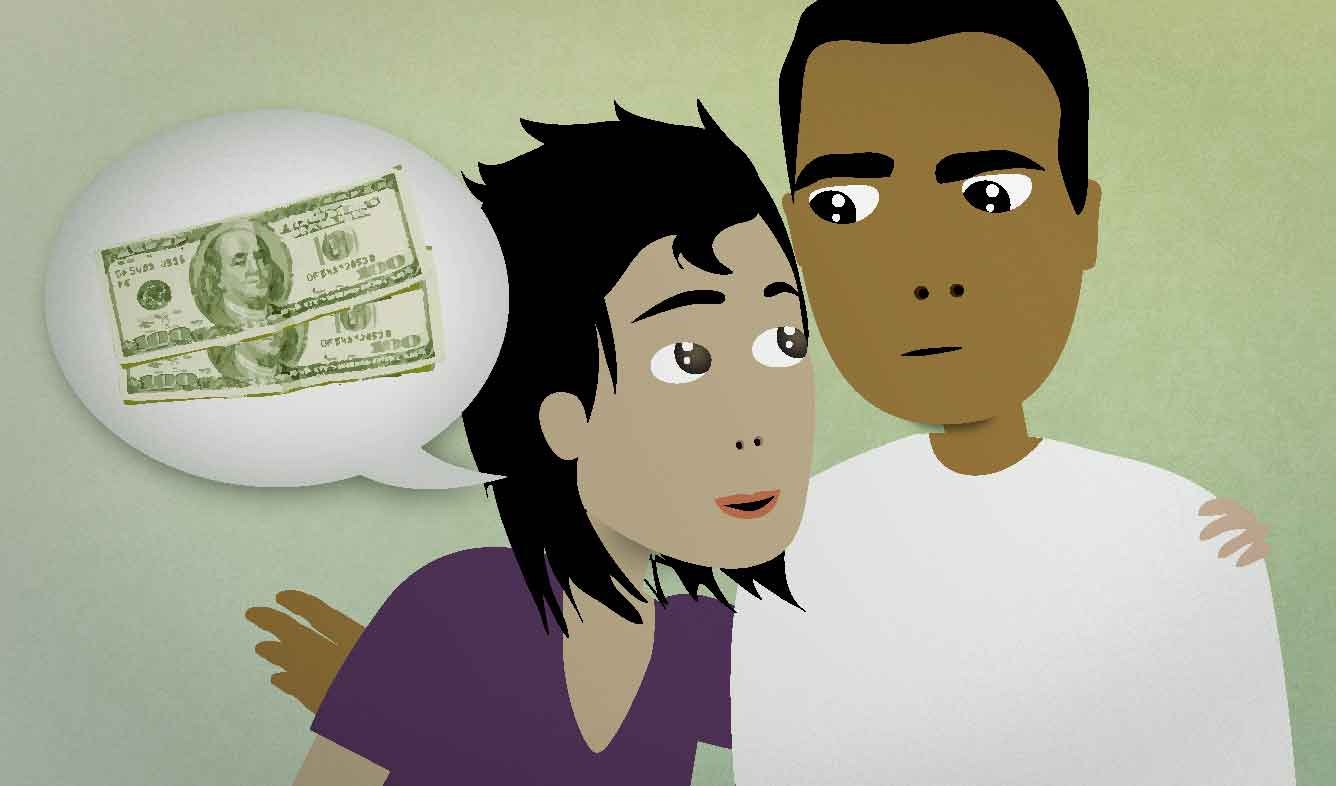 There's a concert coming up that you really want to go to, but you don't have enough money. You ask your boyfriend for the money.

(do something) just this once

When you're trying to convince someone to do something that they don't want to do, one way to persuade them is to say that it's "just this once". It means that they only have to do it one time. In the future, they won't have to do it again.

People use this phrase a lot when asking for favors from people. Like when you want to borrow money from a family member:

Imagine that you really want something, so you have to beg for it. When you beg for something, you say "Please!" For example, imagine that someone attacks your boyfriend. You would yell:

Or imagine that you're a child who's found a stray puppy and brought it home. You would beg your parents to let you keep it:

Let us keep him, dad. Please!

A "loan" is money that one person lets another person use, which they expect to be paid back.

We use the word "lend" to talk about giving someone a loan:

They might agree to lend you a few thousand dollars.

In American English, we can also use "loan" as a verb:

Can you loan me a few bucks?

Some people feel that "loan" should only be used as a noun ("a loan"), so use "lend" if you're writing or speaking formally.

"A couple" means two. It's less specific than the word "two" though. We use it liike this:

We split a couple of appetizers — the grilled octopus and the eggplant dip with pita.

We often use "a couple" along with a number category:

You can also use "a few" in the same way:

There were a few thousand people there.

begging making a request dealing with money
Print this Lesson

“I think we need to steer the conversation back to this specific project.”