Lessons Dude, did you eat the whole pizza you...

“Dude, did you eat the whole pizza yourself?” 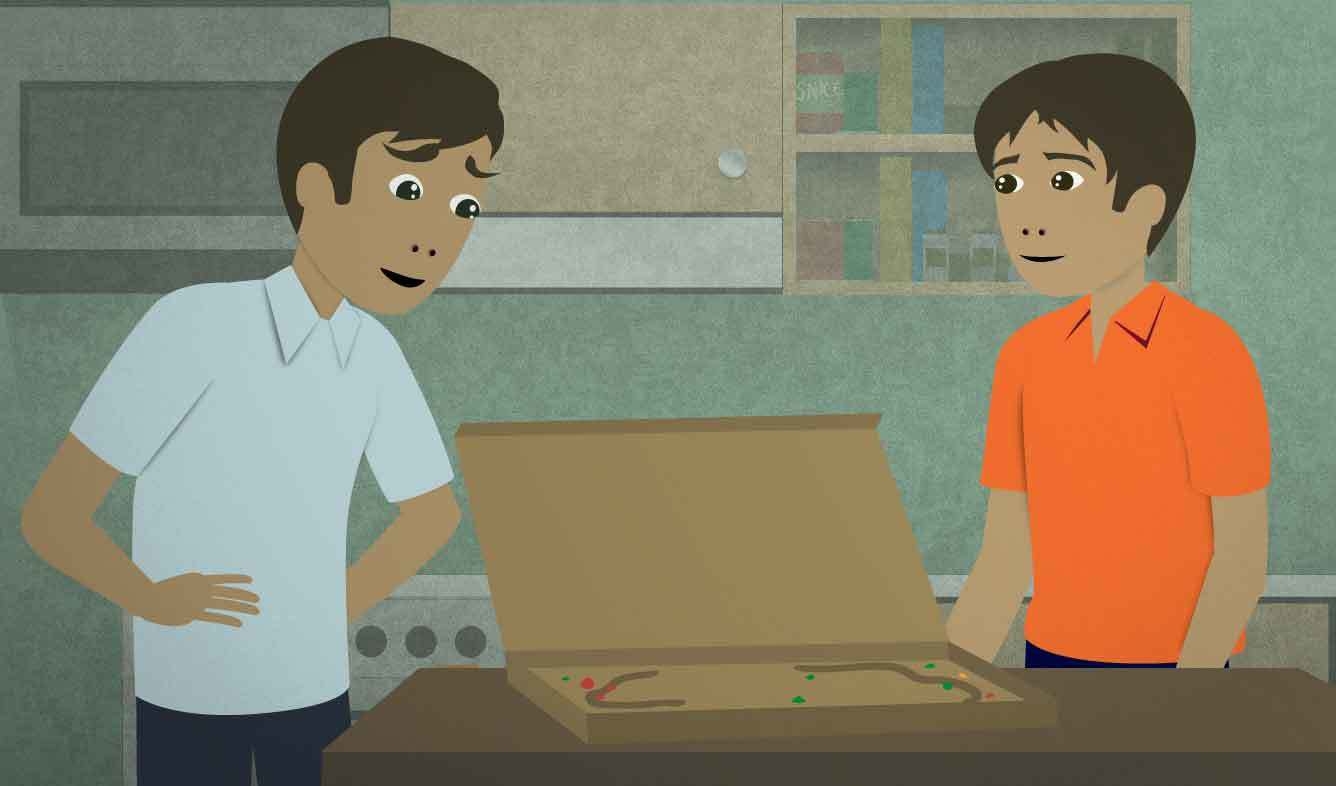 You see an empty pizza box in the kitchen. Your brother is the only person home, so you ask him if he ate it all.

Dude, did you eat the whole pizza yourself?

Did you eat the whole pizza yourself?

If you do something "yourself", you do it without paying for it or having someone else do it. For example:

This means that the speaker made the cookies at home, rather than buying them at a store. You use the phrase "I did it myself" for things that people usually don't make on their own.

I usually eat lunch by myself.

But doing something "yourself" just means that you did it, not another person:

A: Did you make that yourself?

“You totally nailed it!”

“Can you maybe turn the volume down just a little?”