Lessons Growing up, I had a strong Southern a...

“Growing up, I had a strong Southern accent.” 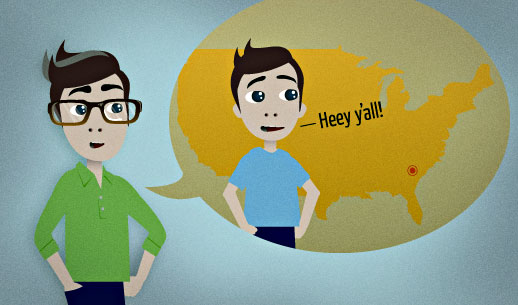 You live in the northern part of the U.S. Your friend is from the southern part, but his accent doesn't sound different from other people. You ask if he has an accent. He says this.

Growing up, I had a strong Southern accent.

This phrase is good for explaining how things were when you were a child. Its meaning is something like "When I was growing up,...":

Growing up, my family didn't have much money.

This phrase is used in spoken English and in informal writing.

Use "strong" to describe an accent that's very different from the standard way of speaking.

The opposite of a "strong" accent is a "slight" accent.

In the U.S., the word "Southern" means people who live in states in the southern half of the country, especially in the Northeast and Southeast. There are a lot of cultural differences between Southern and Northern people.

People with a Southern accent tend to speak a little more slowly and use longer vowels.