Lessons He's out of control. 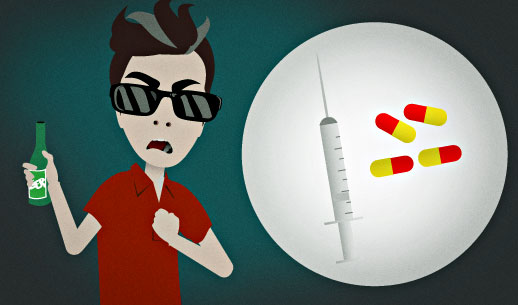 There's a famous movie star who has problems with drug and alcohol addiction. Recently he's gotten arrested and he keeps using drugs. You're discussing this news with a group of friends. You say this.

He's out of control.

(someone) is out of control

When you're "in control", you decide how you want to act. You make smart decisions and act normally.

Being "out of control" means acting crazy, drinking or using drugs too much, saying things that make people angry, and generally acting badly.

Here are some ways that people use the phrase "out of control":

What are you doing with your life? You're spinning out of control!

No, I have a drink or two every now and then, but I never let myself get out of control.

In addition to people, situations can also be "out of control":

Gas prices are out of control these days.

Crime in the city is out of control.

Some analysts are worried that the political situation in Libya could spin out of control.

When "out of control" is used in this way, it means that something is bad and getting even worse.

“But it still comes out from time to time.”