Lessons He thought he'd just sprained it, but... 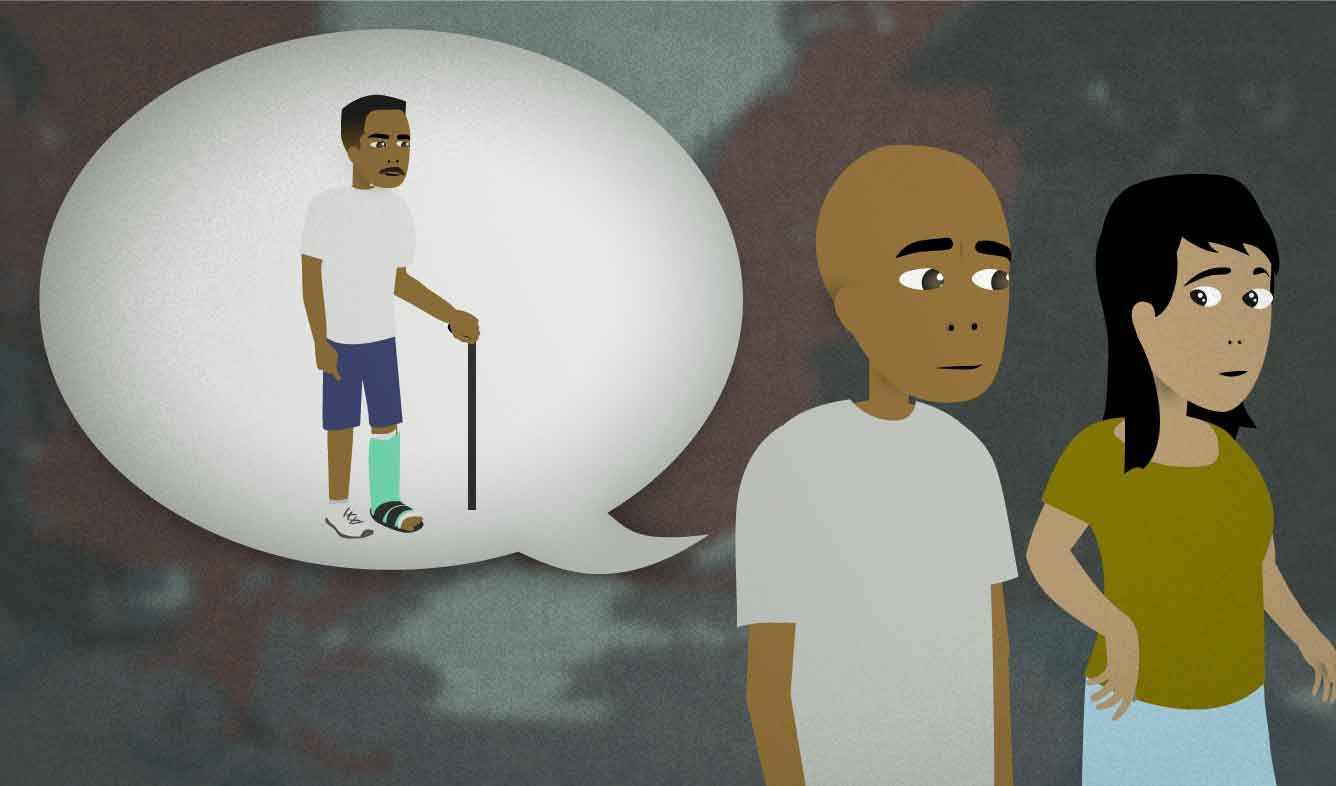 Your uncle injured his ankle while he was jogging. The injury was more serious than he thought at first. You're talking to a friend who knows your uncle.

He thought he'd just sprained it, but it turned out it was fractured.

(someone) thought (something) had (happened)

English has not only a past tense, but also something called past perfect ("had ___ed" or "had done"). It's a kind of "double past". We use it to talk about something that happened before a certain time in the past. For example, you can explain what you thought last night:

I thought he had left already.

You thought (in the past) that he had left already (before the time when you thought that).

(someone) sprained (a joint)

"Spraining" something like your ankle or wrist means that the ligaments (the fibers that connect muscles to bones) get stretched too much.

When you sprain a joint, it hurts and swells up. It usually heals within a few days if you rest and don't injure it again.

"Sprain" can also be used as a noun:

Sprains and muscle tears should be treated with rest and icing.

(someone) fractured (a bone)

When a bone is "fractured", it technically means that it is broken. Doctors have terms for lots of different kinds of fractures, including things like a "compound fracture", where the bone pushes out of the skin.

However, in everyday conversation, people mostly use the word "fracture" to describe a bone that's just a little bit broken. If pieces of the bone are completely disconnected, we say that it "broke":

I fractured my collar bone a little bit.

She broke her arm.

Two of my ribs are broken.

You can use the word "fracture" as a noun:

There's a small fracture in the knuckle of your right ring finger.

Or as an adjective:

I fractured one of the bones in my foot.

“I have to say, I've been so impressed with how you've just taken the initiati...”