Lessons He's just insecure, and he tries to d... 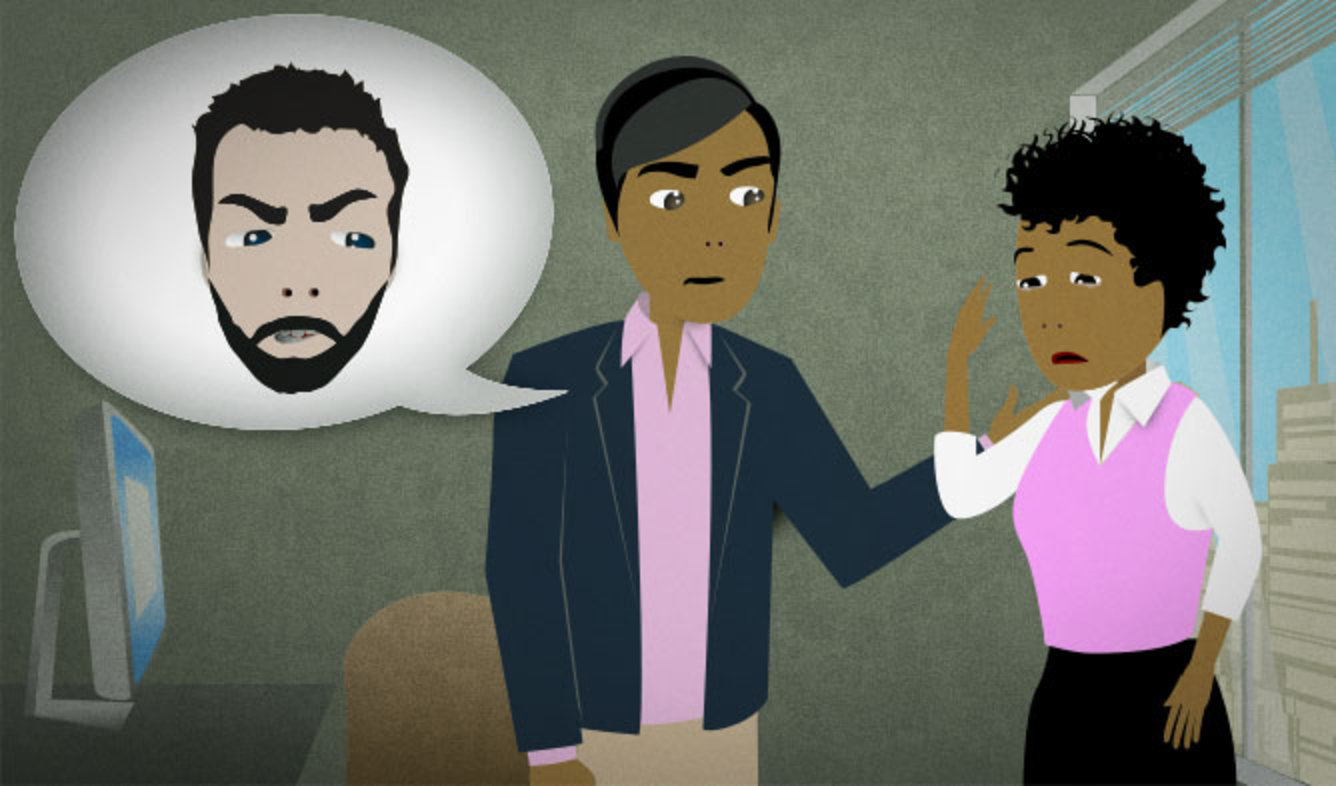 You have a coworker who often says rude and insulting things to people. He insulted your friend, so she's upset. You want to make her feel better, so you explain why this coworker is always insulting people.

He's just insecure, and he tries to drag other people down to compensate.

An "insecure" person is not confident. An insecure person might get angry and suspicious of other people because of this lack of confidence.

"Dragging someone down" means making them unhappy, angry, frustrated, unsuccessful, or other bad things.

People who are in a bad mood or have bad personality traits themselves sometimes "drag down" others. For example:

His constant complaining is starting to drag down the entire team.

Another way to use this phrase is in the expression "drag ___ down to (your/his/her/my) level".

You can't let them drag you down to their level.

compensate for (a weakness)

To "compensate" means to add something in order to reach a balance. For example, if you injure one of your legs, you can use the other leg more in order to "compensate for" your injured leg.

“How are you fellas?”

“You know, honestly, it probably wouldn't even be that much money after taxes.”