Lessons He's past his prime now, but he was a...

“He's past his prime now, but he was a great player at his peak.” 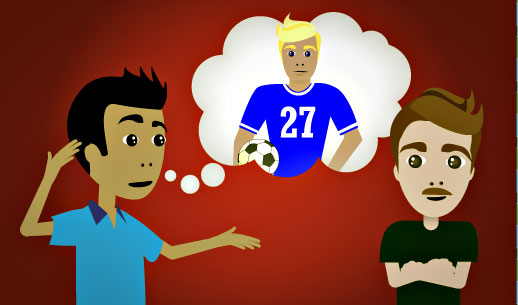 You and a friend are talking about soccer. You start discussing a player who used to be really, really good but is now a little too old. You say this.

He's past his prime now, but he was a great player at his peak.

(someone/something) is past (his/her/its) prime

Something that is "past its prime" is no longer as strong as it used to be.

You can use "past its prime" to talk about people who aren't as healthy and strong as they were in the past. You can also say that a country or city is "past its prime" when it is used to be economically strong but is now poor and run-down:

People say that Detroit is long past its prime, but some still hold out hope that the city will revive itself.

If something is still young, strong, and healthy, you say that it is "in its prime":

In his prime, he was one of the strongest players in the league.

The phrase "at its peak" is very similar in meaning to "in its prime". But the "peak" of something is the very highest level of performance, while the "prime" is a longer period of generally good performance. An athlete's "prime" might last several years, but their "peak" might only be a single season.

Some other phrases that include "peak" used in this way include:

The adjective "great" is often used to describe "players" in sports. Other common adjectives used with "player" include:

ability describing something the past strength athlete
Print this Lesson

“The Earth's axis is tilted.”