Lessons Hopefully it won't come to that.

“Hopefully it won't come to that.” 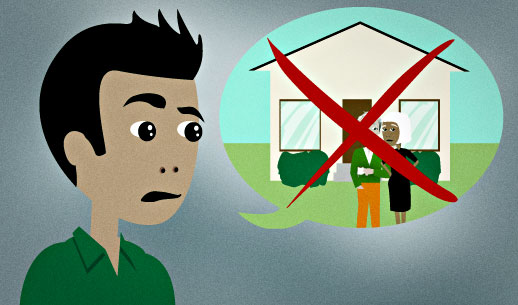 You recently quit your job. You're talking to a friend about it. You told him that you could move back in with your parents if you can't find a new job soon. But you don't want to do that, so you say this.

Hopefully it won't come to that.

Hopefully we can keep up the momentum this quarter as well.

Hopefully my package will arrive in the next day or two.

You can also use it when you hope that something doesn't happen:

Hopefully we won't have any more problems this week.

English speakers use "Hopefully ___" to talk about things that they think are probable or likely.

When you're talking about something bad that might happen, the phrase "come to that" means for that bad situation to happen. People usually say that they "hope it doesn't come to that":

A: Man, I'm so hungry! If they don't get back with the food soon, I'm going to start searching through the couch cushions for old crumbs to eat.

B: (Laughing) I hope it doesn't come to that!

Another common phrase is "I doubt it will come to that", which means that you don't think something will happen:

A: If they aren't able to cool down the reactor, there could be a nuclear meltdown which would force tens of millions of people to evacuate.

B: I really doubt it will come to that.

The sentence "I hope it doesn't come to that" is also common.

“Do you mind if I ask what your ethnic background is?”

“That comes with a 90-day warranty. Would you like to purchase an extended two...”