Lessons How much would it suck if it got rain...

“How much would it suck if it got rained out?” 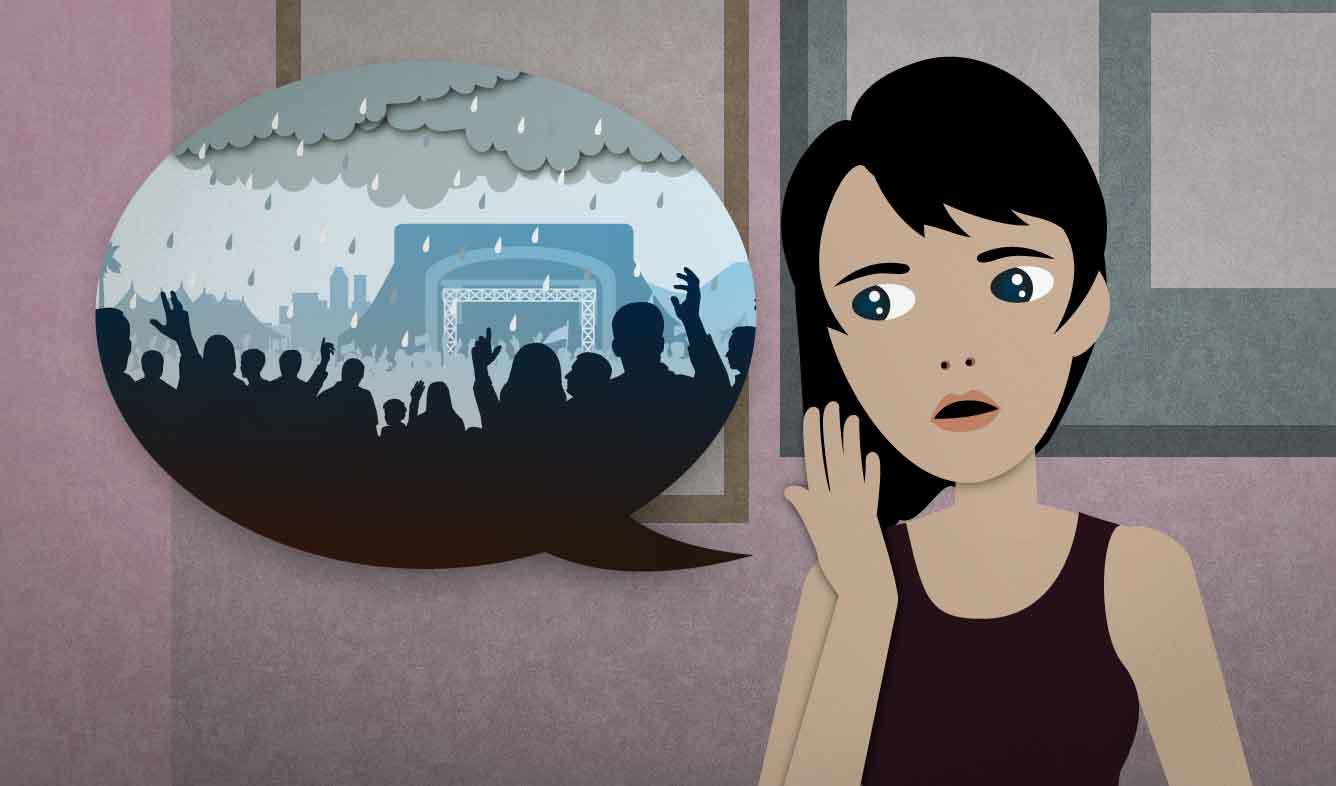 You're going to a music festival with your friends next week. You notice the weather report says it could rain. You mention that you hope it doesn't rain.

How much would it suck if it got rained out?

How (adjective / adverb) would it (be / do something) if (something happened)?

This is a way to talk about something that you're imagining might happen:

Gosh, how great would it be if you got that job?

This means something like "If you got that job, it would be great, wouldn't it?" You would answer like this:

Yeah, that would be awesome!

Here's another similar expression, using "much" instead of an adjective like "great":

Look at that! Man, how much would it hurt if you got bitten by that thing!

You can talk about something that's bad, disappointing, or unfortunate by saying that it "sucks":

My computer sucks! I need to get a new one.

The word "sucks" is very casual. You probably shouldn't use it in formal situations, or around people who you don't know well.

(an event) gets rained out

Events that take place outdoors can be cancelled or postponed (moved to a later date) if it rains. When this happens, you can say that the event "was rained out" or "got rained out":

We'd planned an awesome birthday party in the park, but it got rained out.