Lessons I can tolerate a long commute as long... 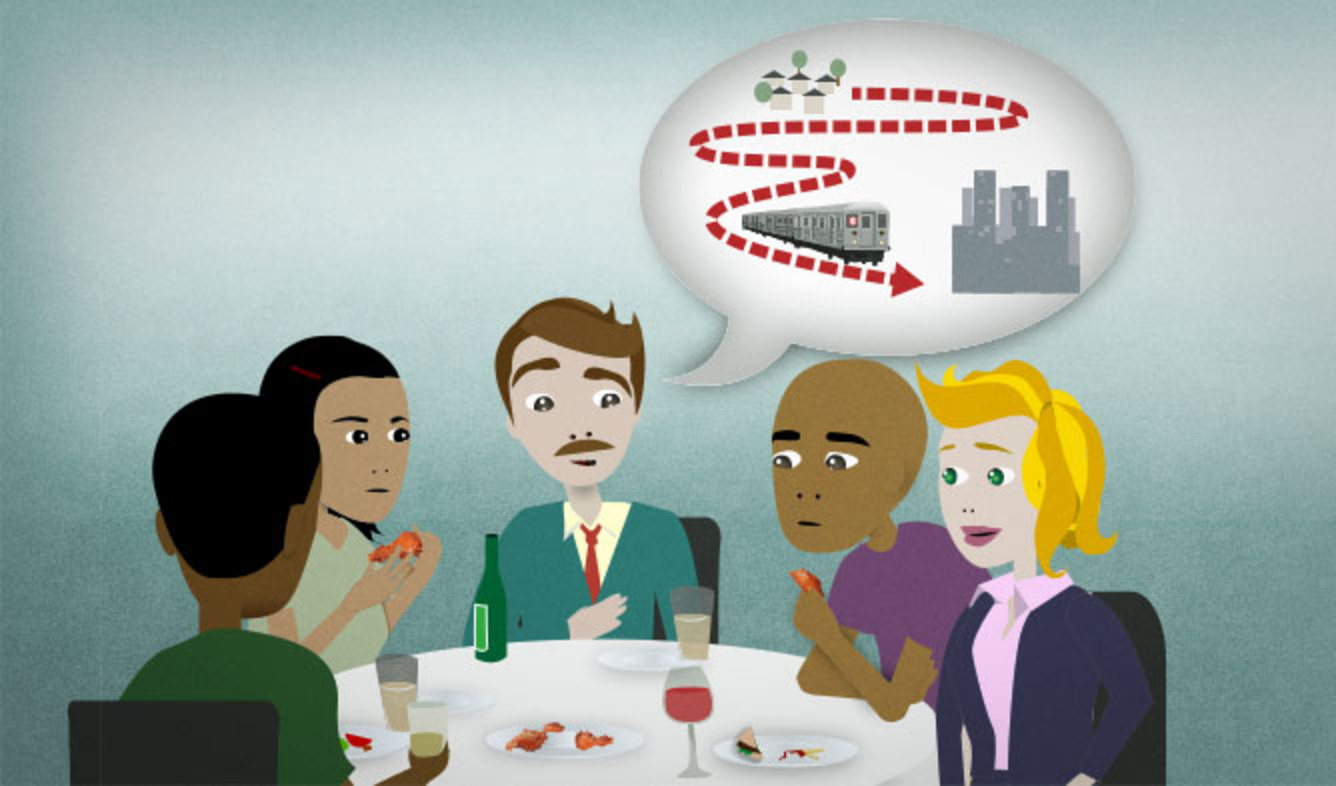 You live far away from your workplace, so you have to ride a train for over an hour to get to work. You're chatting with coworkers during lunch, and one of them can't believe that you travel so far every day. You explain why you don't mind it.

Your "commute" is the experience that you have traveling to work every day. You can describe a commute as short or long, easy or difficult.

I like it a lot. The commute is easy, the people there are nice, and I'm doing something that I really care about.

You can commute by car, by train, or by bus.

If you walk to work, you usually wouldn't use the word "commute" to describe how you get to work.

What's the difference between a "seat" and a "chair"? A chair is one specific kind of seat. The chair sitting at your desk is a "chair" and a "seat". However, a bench is also a "seat" but is not a "chair".

We usually use the word "seat", not "chair", for seats in cars, on planes, bicycles, trains, motorcycles, and so on.

I can tolerate (something)

If there's something that you don't like, but you're able to accept it reluctantly, say "I can tolerate ___":

A: Do you eat shrimp?

When you use the word "tolerate in a negative sense, though, it has a stronger meaning. You use "can't tolerate ___" to talk about things that you not only dislike, but also make you angry:

I can not tolerate laziness.

I can't tolerate people who brag.

As in these examples, "can't tolerate ___" often describes people's behavior.

as long as (clause)

Use "as long as..." to say that something is OK, but only under certain conditions. For example:

A: Can you come out with us?

B: OK, I'll go, as long as you promise not to make me dance.

This means that Person B will go out with Person A, only if Person A does not make Person B dance.

"As long as" can often be replaced with "if":

I don't really mind dating a smoker, as long as they don't smoke indoors.

I don't really mind dating a smoker if they don't smoke indoors.

If you want something to drink, go get it yourself!

I'm not paying him if he doesn't do a good job.

When you're talking about riding public transportation (trains, subways, buses, airplanes), use "on", not "in". For example, you can say this to someone who calls you on your mobile phone:

I can't talk right now. I'm on the train.

be able to commute transportation
Print this Lesson

“I started watching over her shoulder and... what can I say? I got sucked into...”