Lessons I started watching over her shoulder ...

“I started watching over her shoulder and... what can I say? I got sucked into it.” 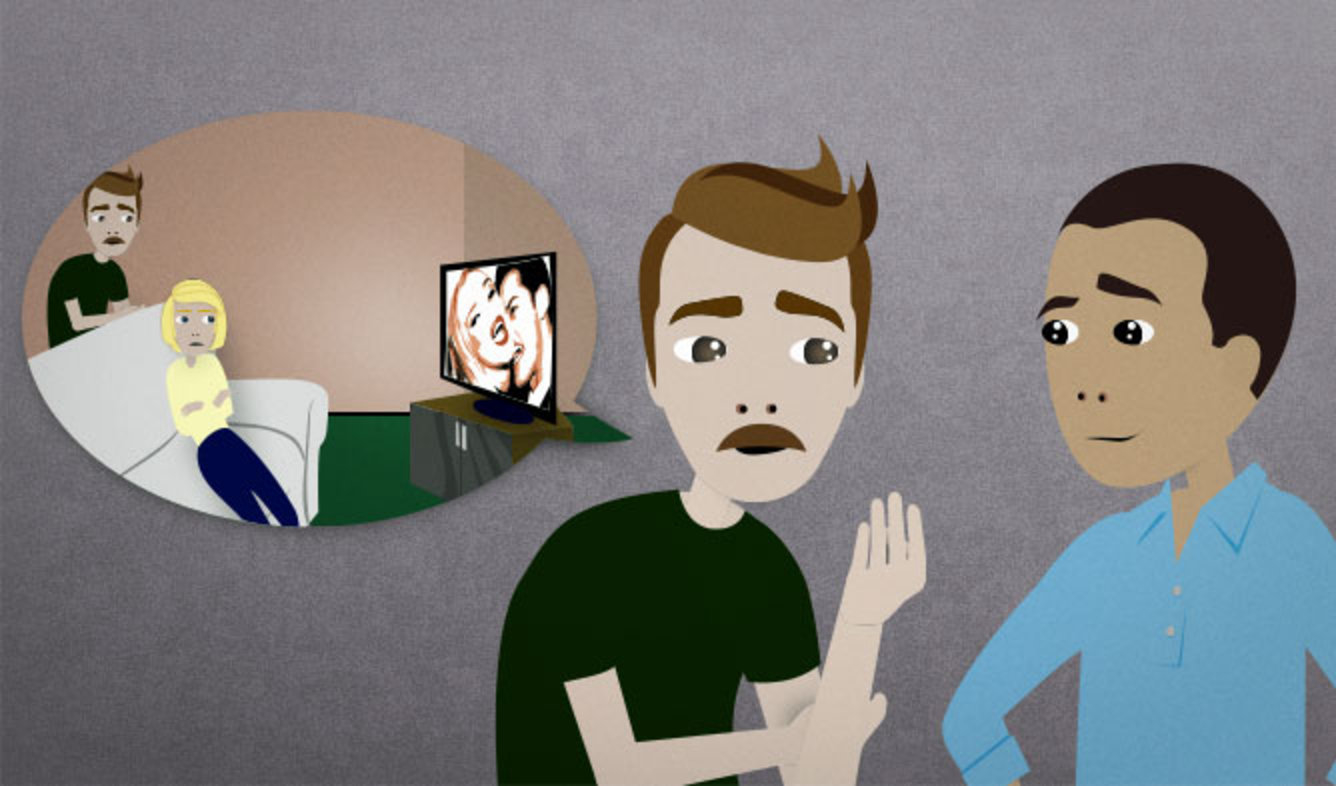 You're an adult man, but you're a fan of a TV show that's mostly watched by teenage girls. You're explaining to a friend that you started watching it because of your daughter.

I started watching over her shoulder and... what can I say? I got sucked into it.

What can I say?

"What can I say" is something you say when you don't have any other good response to what someone says. Some situations where you can give this answer include:

A: You're such a good singer!

(someone) gets sucked in (to something)

When something completely takes all of a person's attention, you can say that that person has been "sucked into" it. For example, you might get sucked into:

Another meaning of "sucked in" is to be fooled by someone's lies and false promises:

Don't get sucked in by credit cards offering free airline miles or other perks.

Being "sucked into" something is usually negative, whether it's used with the first or second meaning.

Imagine that someone is reading a book in a chair. You stand behind the chair and start to read the book that this person is reading. In this situation, you're "reading over their shoulder".

You can use the phrase "reading over (someone's) shoulder" to talk about reading someone else's book, newspaper, magazine, etc. It doesn't matter where the reader is standing or sitting.

It's also possible to watch TV over someone's shoulder. If one person is watching a TV show alone, and you start to watch it while pretending to do something else, you're "watching over their shoulder".