Lessons You throw pretty well for a girl. 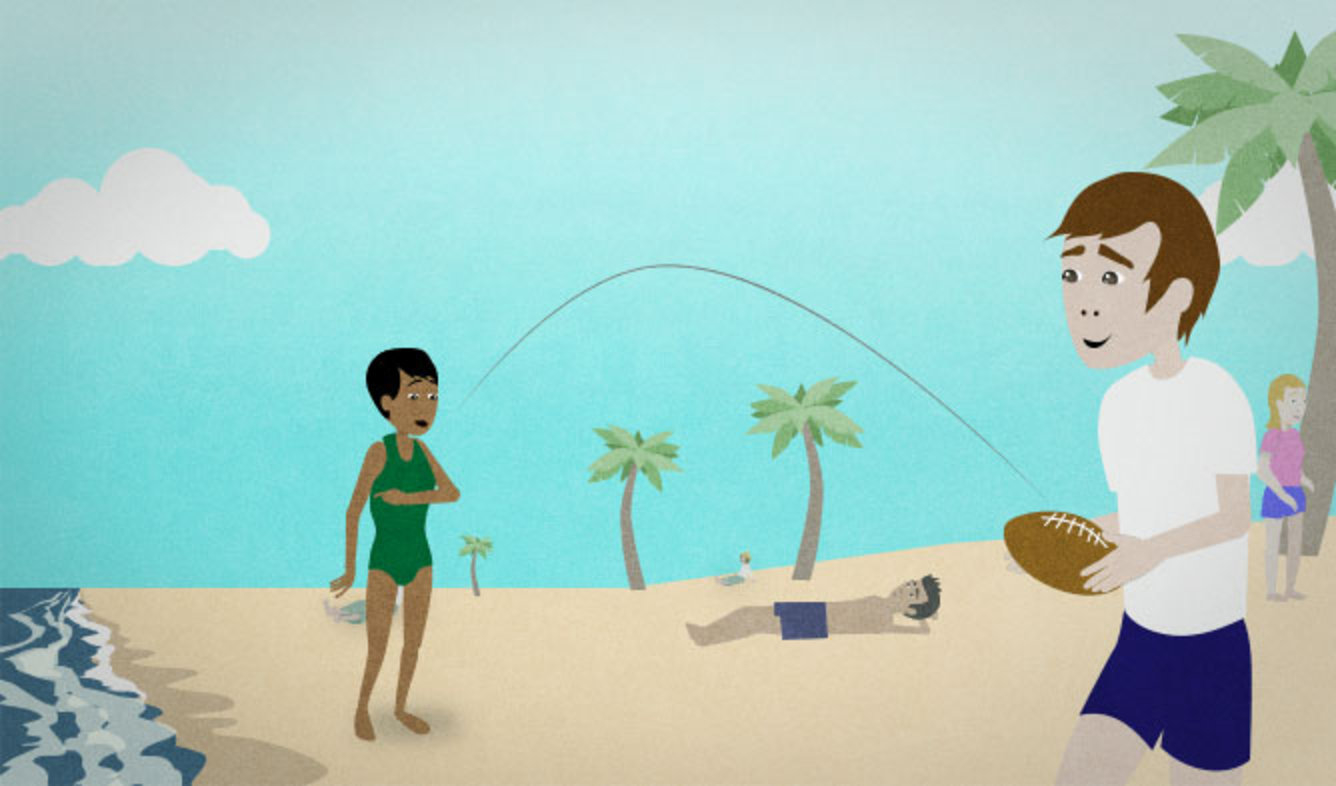 You're playing with a football on the beach with your girlfriend. You're surprised at how well she throws, so you compliment her.

You throw pretty well for a girl.

You use "pretty" before an adverb to show how much of that quality something has. For example:

This expression is hard to explain, so let's begin with some examples:

You speak English pretty well for a non-native.

This is pretty good... for an American beer.

You use phrases like this to compare something to the category that it belongs to. It expresses the idea that something is better  than other things in that category, but not better than things outside of that category.

In the second example, the speaker is talking about an American beer. He or she is saying that the beer is better than most American beers, but not better than beers from some other places (like German beers, for example).

The most typical example of this expression is "You're pretty good for a girl." Men say this to compliment a woman who's able to do things that men usually do, like playing certain sports.

“I started watching over her shoulder and... what can I say? I got sucked into...”