Lessons I now pronounce you man and wife. You... 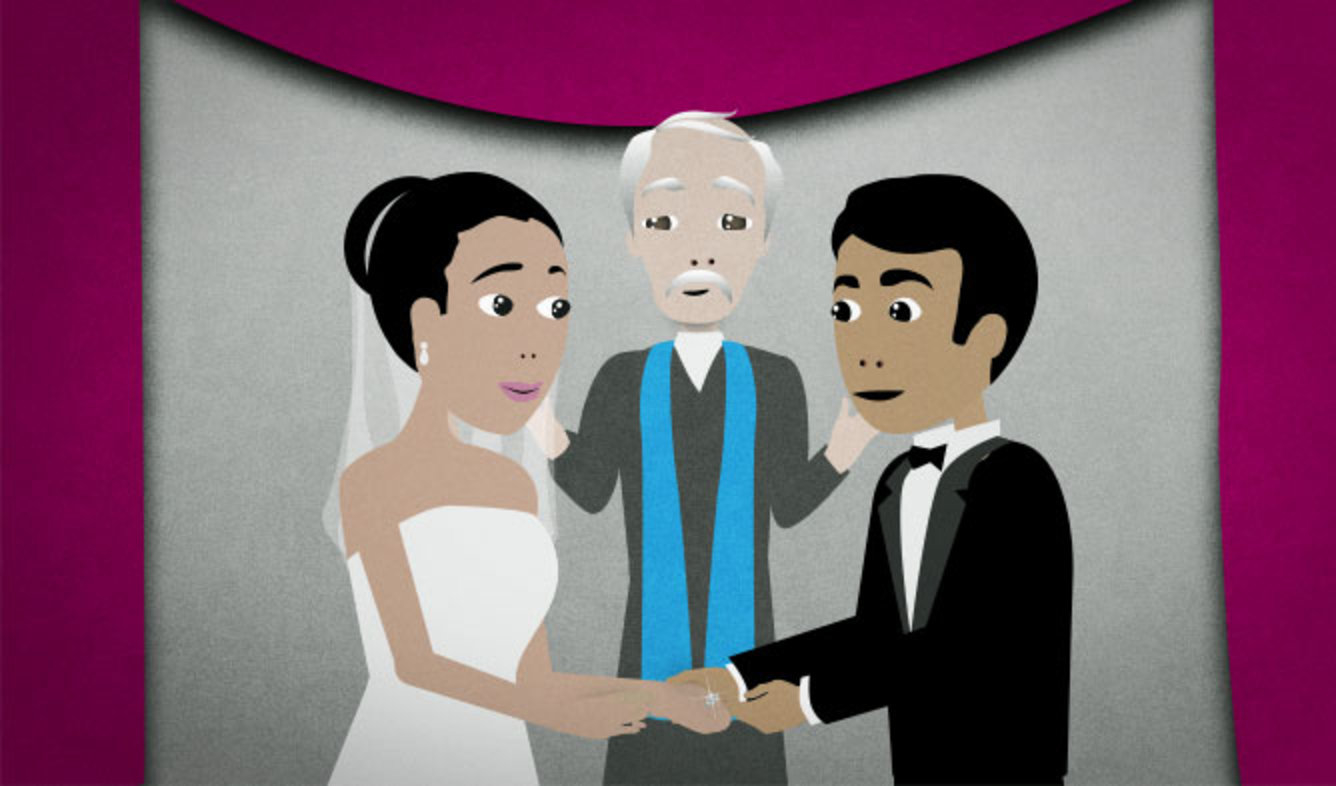 You're at a wedding. The ceremony is almost finished. The minister says this to officially announce that the couple is married.

I now pronounce you man and wife. You may kiss the bride.

I now pronounce you man and wife.

At a wedding ceremony, the minister or wedding officiant says this to officially announce that the couple is married.

This phrase is very formal-sounding.

You may kiss the bride.

The minister or wedding officiant in a wedding says this at the end of a ceremony. It means that the couple may kiss each other.

You may (do something).

This is a very formal way to give someone permission to do something.

A judge in a courtroom might use the phrase "You may..." to give people permission to do things during a trial. For example, when the judge enters the court, everyone is supposed to stand. After the judge enters, he or she might say:

You may be seated.

You can also hear this expression when you take a formal, standardized test. The person who's administering the test (usually a teacher) will read the instructions. At the end of the instructions, when everyone is ready to take the test, he or she will say:

modals giving permission at a wedding
Print this Lesson

“He inherited the position from his father.”