Lessons I can't help but think that you're wa...

“I can't help but think that you're wasting your potential.” 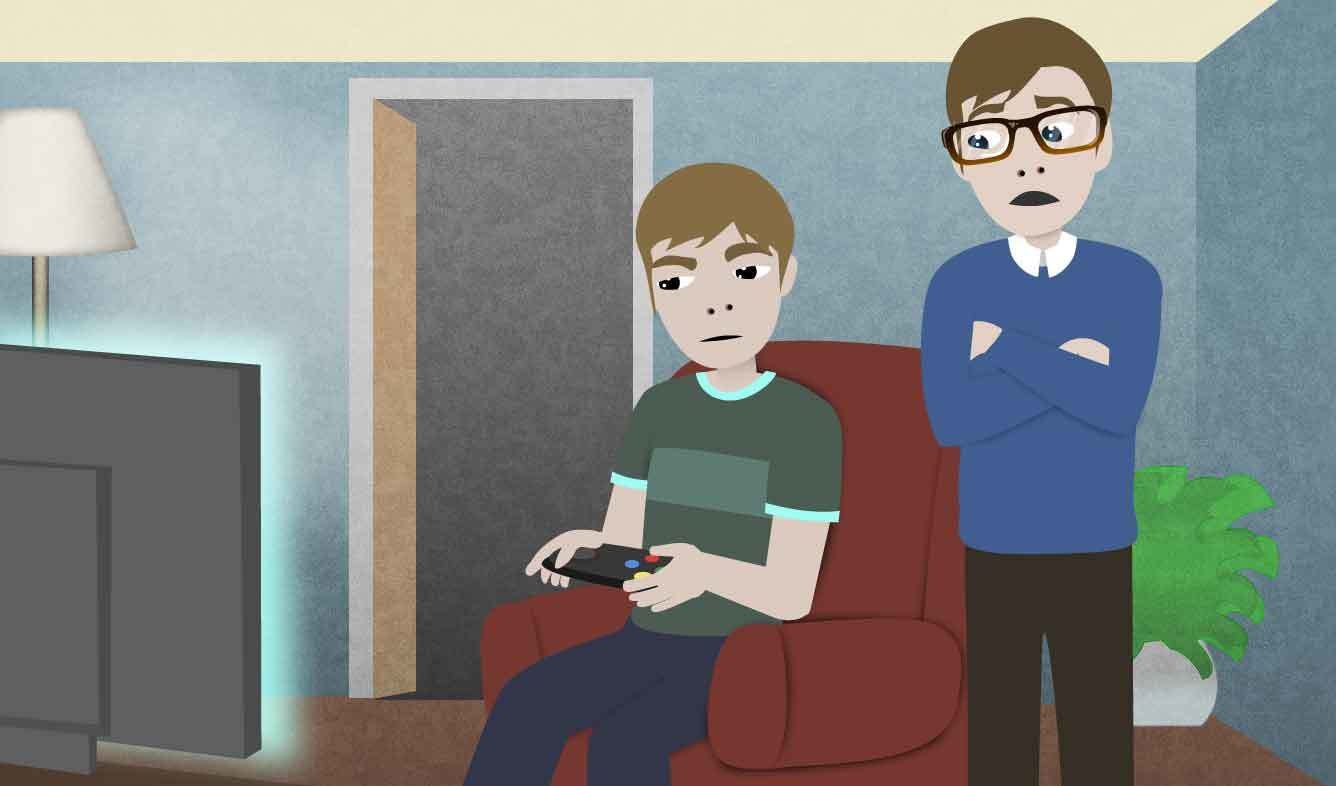 Your brother is very intelligent, but he spends most of his time playing games on the internet. You know he could be very successful. You try to give him some advice.

I can't help but think that you're wasting your potential.

(someone) can't help but (do something)

Use this phrase to talk about something that you can't control.

A common word to follow "can't help but" is "wonder". This expresses something that really makes you curious:

I can't help but wonder what my life would have been like if I'd gone to college in the U.S.

When you use this phrase in the past tense, "notice" or "overhear" are common. They're a way to start a conversation with someone:

I couldn't help but notice that your t-shirt has some Korean writing on it. Do you know what it says?

If a person is very intelligent or talented, you can say they have great "potential", which means they could be very successful. However, if they don’t do any work to become successful, it won’t happen. In this situation you can say the person is “wasting their potential”:

He’s wasting his potential just bartending, but it’s hard to make the leap to something new.

Another phrase that's similar is "live up to (one's) potential":

You have a lot of potential. That's why I'm tough on you: I want to make sure that you're living up to it.

I can't help but think (clause)

When you say "I can't help but think..." it sounds like you're trying to avoid thinking that way, but you can't avoid it:

I can't help but think that maybe I made the wrong decision.

This phrase is useful for sharing a negative opinion.

criticizing something potential
Print this Lesson

“He caught him with a devastating right hook and knocked him out cold.”

“They've been getting a bit of media attention lately.”