Lessons I could barely keep a straight face. 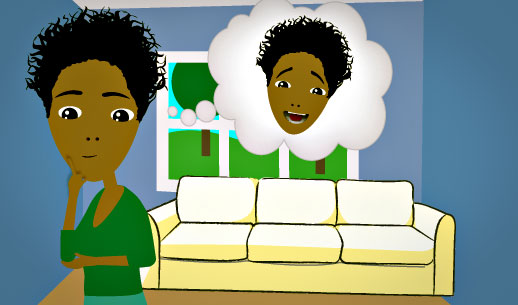 Your daughter made a big mistake on her science homework. It was a really funny mistake but you didn't want to make her feel bad by laughing at her, so you tried to control yourself. Later, you tell your husband this about the awkward situation.

I could barely keep a straight face.

We mostly talk about not keeping a straight face or trying to keep one:

When he was talking, I tried to keep a straight face but I just couldn't.

(someone) can barely (do something)

If you "can barely" do something, it means that you are able to do it, but you almost can't do it.

For example: if you need to move a heavy piece of furniture, but it's hard for you to pick up, you can say:

There's no way I can move that! I can barely lift it.

Say that you "could barely ___" for continuous actions and situations that you had trouble with in the past:

When I first moved to Mexico, I could barely speak Spanish.

“That's a fancy-looking new camera you've got there.”