Lessons I couldn't help but overhear you sayi...

“I couldn't help but overhear you saying something about a film festival. Are you a filmmaker?” 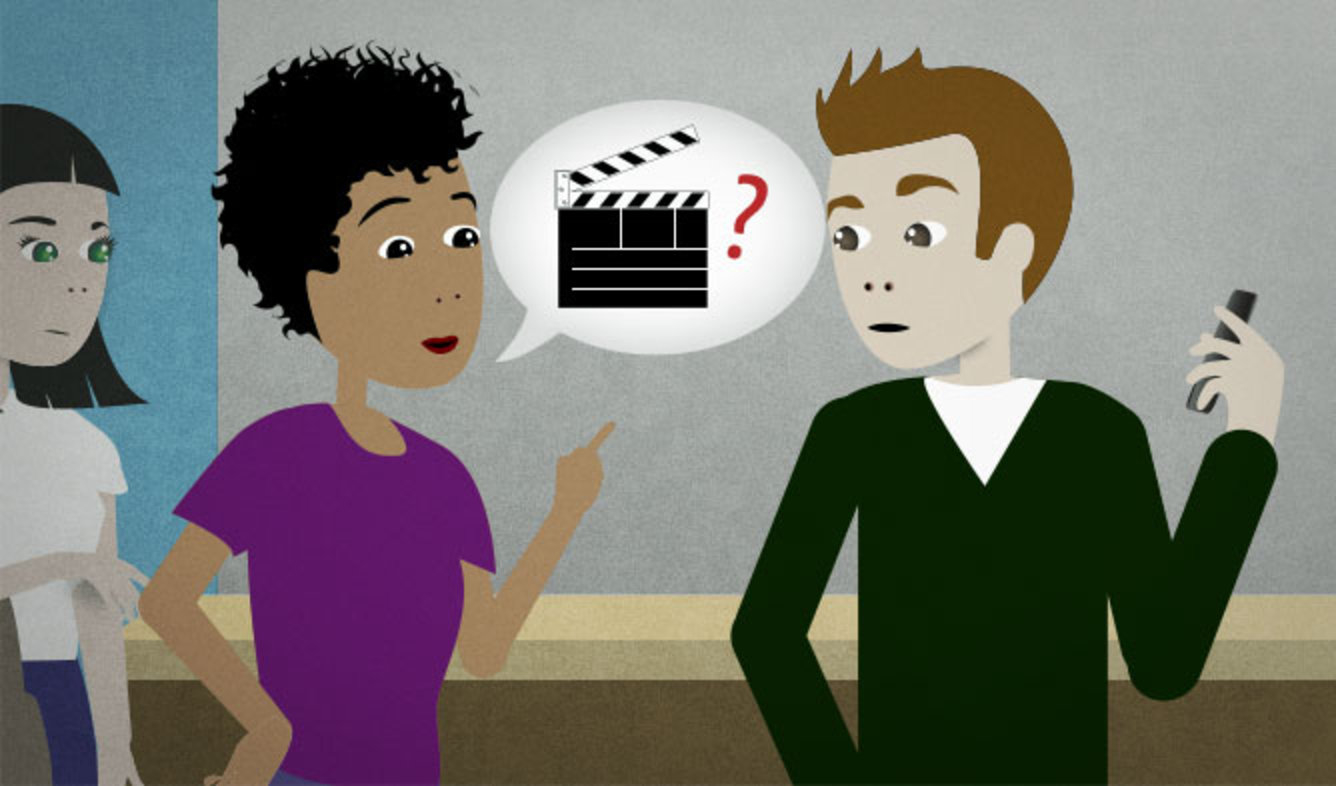 You're waiting in line at the post office. Someone in line in front of you was talking on his phone about a film festival that he was in. You're studying to become a film director, so you want to introduce yourself to this person. You start a conversation this way.

(someone) can't help but (do something)

Use this phrase to talk about something that you can't control.

A common word to follow "can't help but" is "wonder". This expresses something that really makes you curious:

I can't help but wonder what my life would have been like if I'd gone to college in the U.S.

When you use this phrase in the past tense, "notice" or "overhear" are common. They're a way to start a conversation with someone:

I couldn't help but notice that your t-shirt has some Korean writing on it. Do you know what it says?

I overheard Mariana and Hiro in the elevator saying that there might be layoffs soon.

You can also "overhear" something on TV or the radio if you're not directly watching or listening to it.

(someone) said something about (a topic)

When you've heard or understood the general topic of a conversation, but not the details, you can describe it like this:

I heard them saying something about a problem with the server.

You can substitute other words instead of "say" as well:

Omar mentioned something about a street fair happening this weekend on the North Side. Do you know anything about that?

A "film festival" is an event where lots of films (movies) are shown. Film festivals often show new films which are interesting and artistic. However, there are also "classic film festivals" which show old films.

Someone who directs films can be called a "filmmaker". "Director" and "filmmaker" are nearly the same, but there are some small differences:

movies set phrases a stranger could
Print this Lesson

“You made these from scratch?”