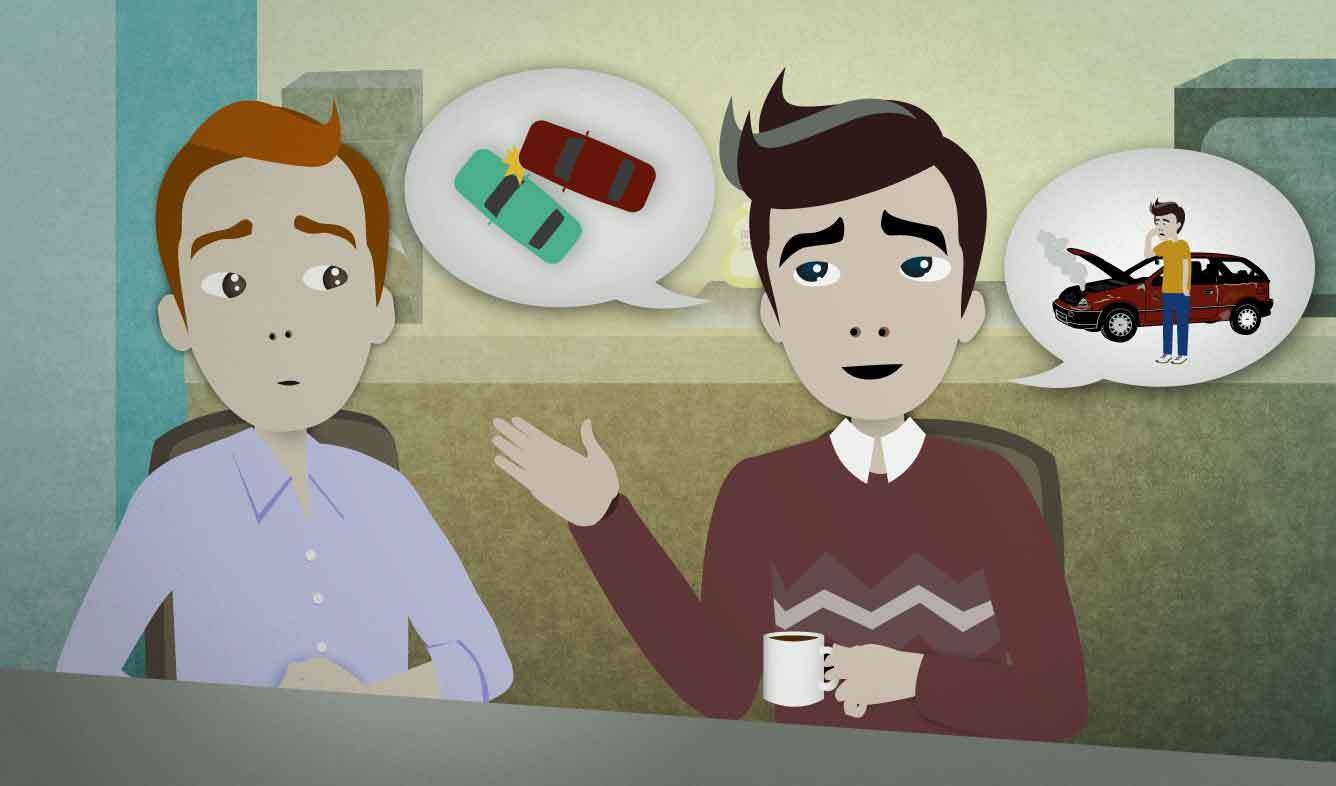 You've had a lot of car accidents. You're talking with a friend about all of the accidents that you've gotten into. You explain why they happened.

"Reckless driving" is a phrase that means driving very unsafely. A reckless driver might do things like:

You can get a ticket for "reckless driving" if the police catch you doing something dangerous.

You can also say that a person is "reckless" if they do lots of dangerous things, whether in a car or somewhere else:

He was always reckless: drinking, getting into fights, gambling. It's sad what happened to him, but we all saw it coming.

When someone tends to have a lot of accidents, you can describe them as "accident-prone":

Being "accident-prone" is a little different from being "clumsy". A "clumsy" person isn't very good at moving their body.

I could never be a dancer. Way too clumsy.

“OK, so for the sake of discussion, let's say that the flight is a thousand bu...”

“Does anyone want to split this with me?”