Lessons I don't go for those kind of movies. ...

“I don't go for those kind of movies. It's just a bunch of adolescent male wish fulfillment.” 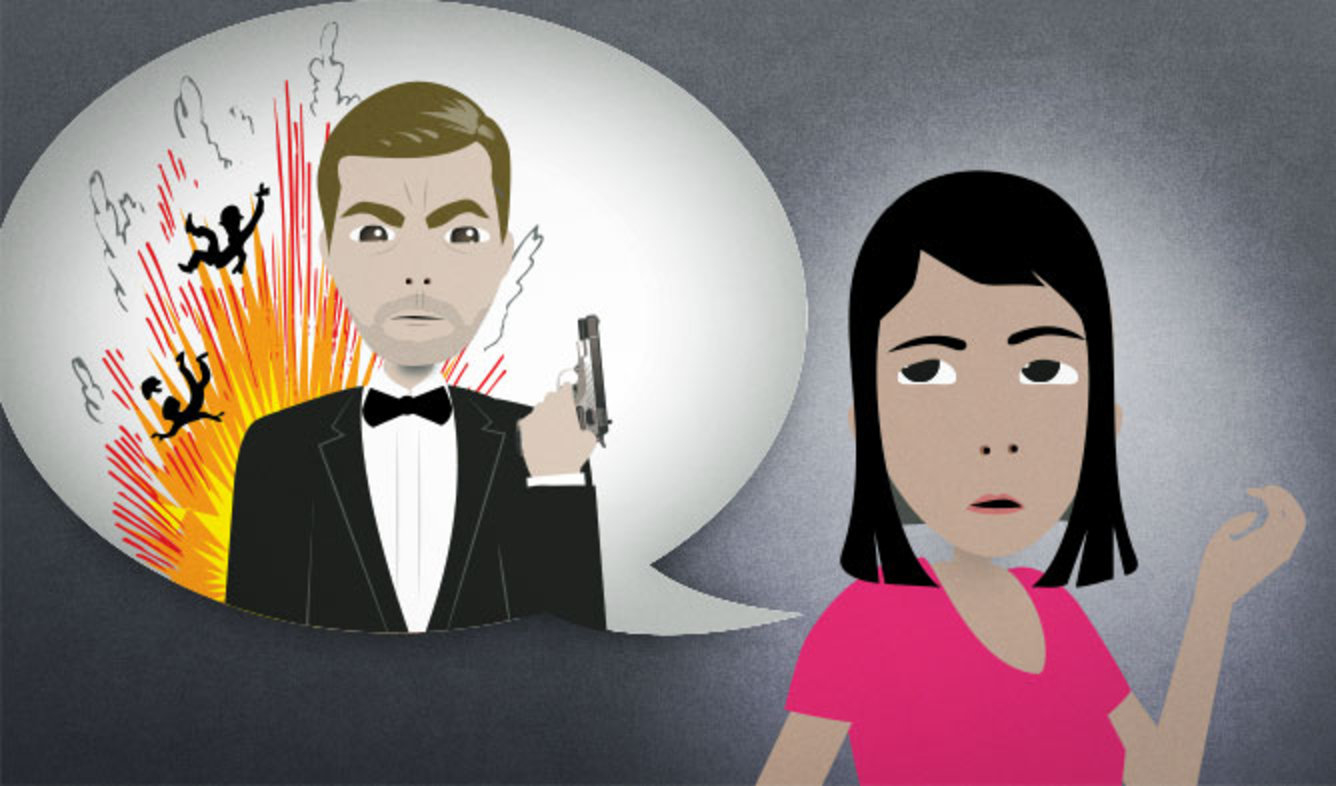 A James Bond movie has recently come out. A friend asks you if you've seen it. You don't like this kind of action movie because it has too much violence and sex. You explain why you don't like them.

I don't go for those kind of movies. It's just a bunch of adolescent male wish fulfillment.

a bunch of (something)

We have a bunch of leftovers. Why don't you take some home?

I lost a bunch of money on the stock market.

It's a casual expression and can sound kind of childlike.

(someone) doesn't go for (something)

I don't go for all that fancy stuff. I like a good, old-fashioned meal.

You can also use this phrase to explain that someone doesn't accept something. For example:

You'd better be prepared when you go in to talk to Marjorie; she doesn't go for excuses.

those kind of movies

Technically, this should be either "that kind of movie" or "those kinds of movies". However, in spoken English people often say "those kind of" because it's easier to pronounce.

In this example, "It's" should technically be "They're". English speakers sometimes switch between "it" (meaning one single thing or an entire situation) and "they" (meaning more than one thing).

The combined phrase "adolescent male ___" describes something associated with men which seems stupid and immature. For example, if you think that a grown man is being stupid by getting into fights with other men, you can say:

All of this adolescent male posturing... it's so immature!

Here are some other popular combinations with "adolescent male":

This phrase sounds kind of scientific, like you're describing the behavior of an animal.

"Wish fulfillment" means doing all of the things that someone wishes they could do. It's mostly used to talk about things like movies, games, books, TV shows, and so on.

For example, if there's a TV show about rich people wearing expensive clothes and driving around in expensive cars, that can be described as "wish fulfillment".

"Wish fulfillment" is actually negative. When you describe something as "wish fulfillment", it usually suggests showing someone getting a wish which is selfish, harmful, or silly.

“If you just blindly accept whatever they decide to offer, you're definitely l...”