Lessons I don't have any plans for Thursday. ...

“I don't have any plans for Thursday. You?” 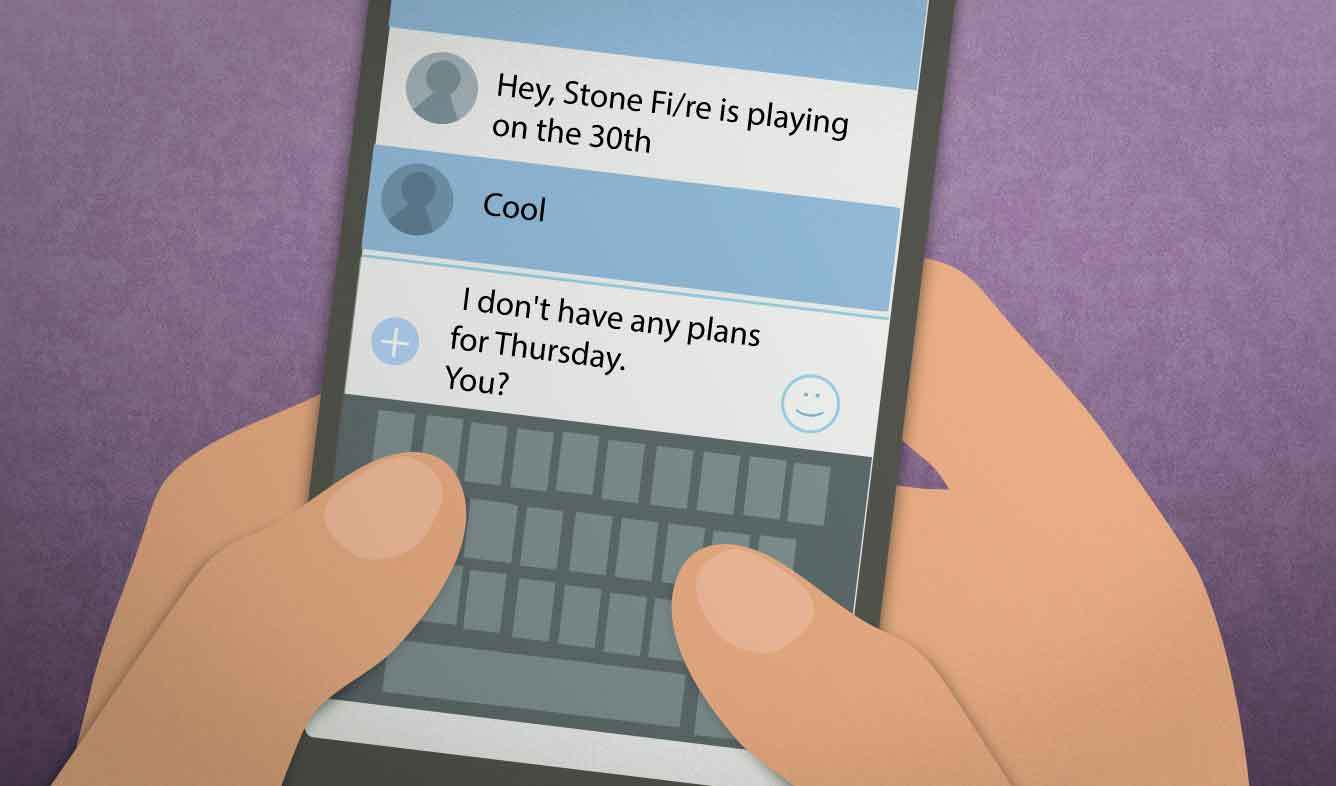 You and your girlfriend just found out that a band you like is coming to your city next Thursday. You want to go, so you send her a text message to see if she's free that day.

I don't have any plans for Thursday. You?

After you answer someone's question, you can ask them the same question by simply adding "You?" to the end of your answer. For example:

A: Where you from?

You can also ask someone "You?" after a statement that you make:

I'm from Boston. You?

Asking "You?" is rather casual. Some other similar phrases that are less casual are:

(someone) has plans for (a time)

"Having plans" means that you've made an appointment or a decision to do something at a certain time. You can ask someone whether they "have plans":

Do you have any plans for Saturday?

Do you have plans for later this afternoon?

You can also refuse someone's invitation by saying that you "have plans":

B: Sorry, but I actually have plans.

“Some places now have a law that requires fast food restaurants to label each ...”