Lessons I don't want to burn any bridges.

“I don't want to burn any bridges.” 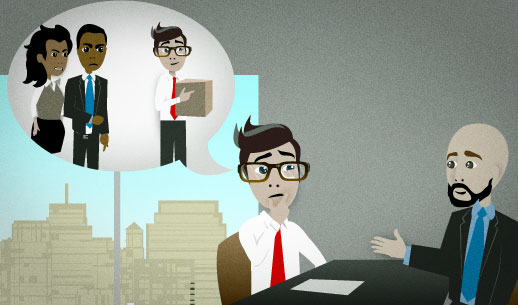 You've been offered a new job, but your new boss wants you to start immediately. You think that you need to give at least 3 weeks' notice at your old job. This is your explanation why.

I don't want to burn any bridges.

"Burning bridges" is a metaphor for ruining your relationship with someone.

Think about it this way: if an army crosses a bridge, and then burns the bridge when they're finished crossing, it's impossible for them to cross back over it later.

In the same way, you might think it's OK to make your old bosses and coworkers angry when you leave a job. But one day you might need to ask a favor of them, get a job recommendation, or even get another job at that company again. If you've "burned bridges" with them, they won't help you in the future.

They asked me to start immediately, but you know, I didn't want to burn any bridges with Logicorp, so I asked to give them a standard three weeks' notice.

“I'd like to cash this. Do I need to fill out a deposit slip or anything?”