Lessons I guess it requires some assembly.

“I guess it requires some assembly.” 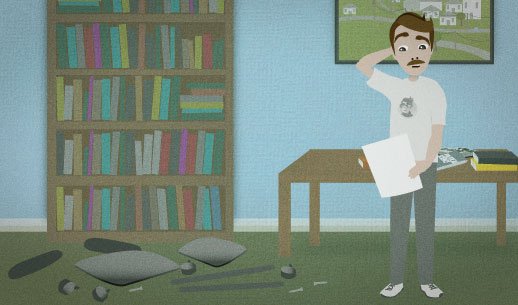 You bought an office chair online. You thought that it would be sent to you completely built, but instead you were just sent a bunch of parts that you have to put together. You say this to yourself.

I guess it requires some assembly.

I guess (something is true)

Use "I guess..." to express that you've just started to think something. For example, you can use it when:

Hmm. They're not here. I guess they got tired of waiting.

To "assemble" something means to put it together from a bunch of different parts. "Assembly" is the noun form of "assemble".

So saying that something "requires assembly" means that you have to put it together yourself. Sometimes packages for products like furniture or children's toys will have a label that says:

“You're cutting it awfully close.”