Lessons I knew you'd give me a hard time abou... 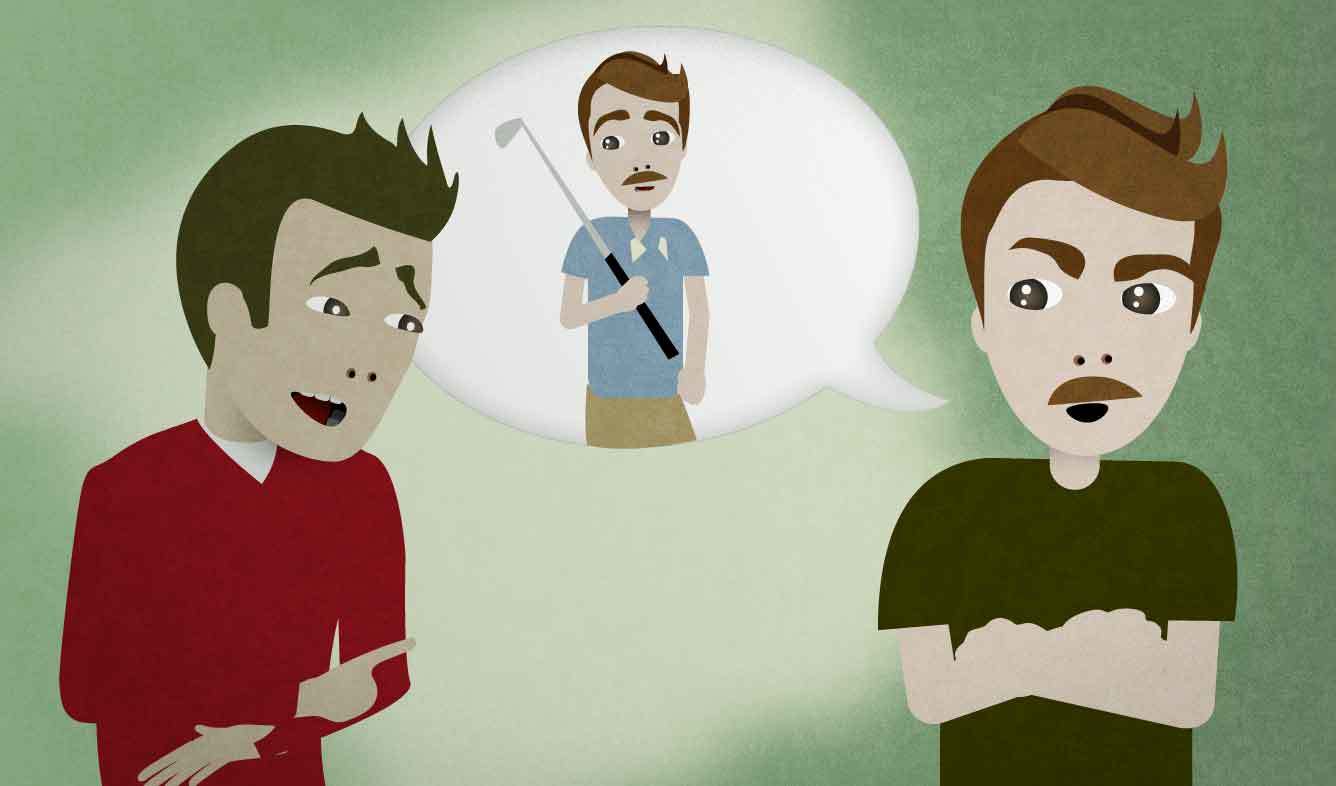 You just told your friend that you've started golfing recently. You're not the type of person that would usually enjoy golfing, so your friend started to laugh at you. Now you wish you hadn't told him about it. You say this to him in embarrassment.

I knew you'd give me a hard time about it!

When something happens the way that you expected or guessed it would, you say:

Or, if you need to explain exactly what you're talking about, you can add a clause to the end:

I knew that you'd run into traffic when you got close to Washington, D.C.!

In spoken English, the word "that" is often left out of the clause:

I knew you'd be late again.

give (someone) a hard time about (something)

To "give someone a hard time about ___" means to tease them, joke with them, or yell at them about something. You usually use this phrase when you're talking to your friends and doing things like:

For example, if your sister is complaining because you didn't come to a party that she planned, you can say this to her:

Come on! Why do you have to give me a hard time about that? I told you: I had to work.

Here's an example where you're telling a story:

When I was growing up, the other kids used to give me a hard time because of my weight. But I just tried to ignore them.

“All right, so much for that one.”