Lessons I’m hoping that eventually I can work...

“I’m hoping that eventually I can work my way up to Regional Manager or Division President.” 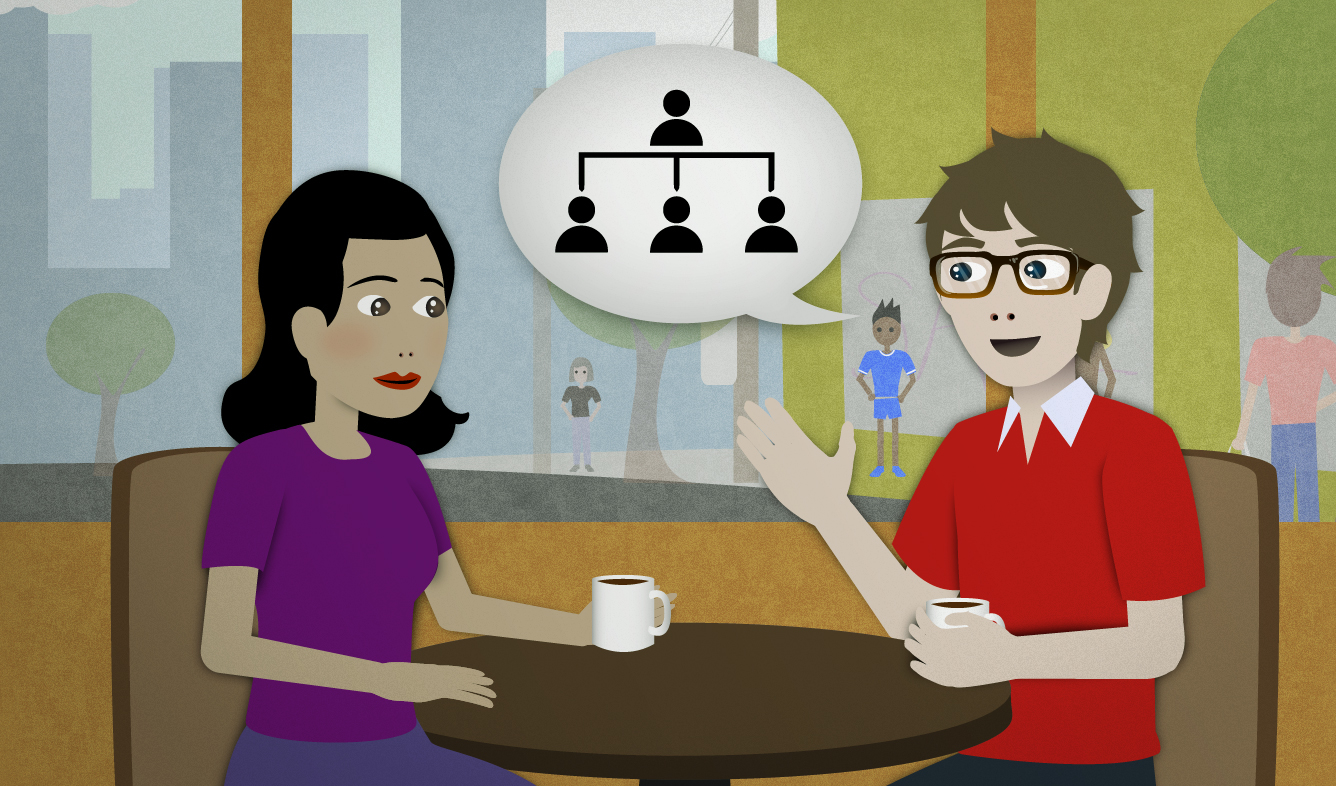 You're talking with a friend about your job. She asks what your career plans are. You tell her that you'd like to stay at your current company and get promoted.

I’m hoping that eventually I can work my way up to Regional Manager or Division President.

A "region" is a certain area of a country, continent, or of the world. The "regional manager" is someone in a company who's in charge of a region:

I'm the regional sales manager for our Asian offices.

A "division" is a large group of people within a company who are managed together. Divisions are larger than departments, which are another kind of grouping in a company.

A division is usually led by a director, a vice president, or some other executive.

I'm hoping (that something will happen)

You usually talk about your hopes for the future with the phrase "I hope ___":

I hope it doesn't rain today.

But sometimes English speakers say "I'm hoping ___" instead. "I'm hoping ___" expresses a little more sense of actively waiting to find out the answer. For example, you might say this if you're trying to sell your house:

I'm hoping that we'll be able to sell it by the end of next month.

I'm hoping to finish the last chapter over the weekend.

"Working your way up" to a job means reaching a high position by getting promoted several times.

For example, if someone starts off in a company as an assistant, and after several years becomes a vice president, you would say:

She worked her way up to Vice-President.

She worked her way up from an assistant to Vice-President.

Doing something "eventually" means doing it after a long period of time:

She wasn't sure at first, but I eventually convinced her.

You can also use "eventually" before an entire sentence:

Eventually I want to try to open my own business.

“I wanted to let you all know that Mindy has suffered a loss in her family.”

“So proud of my husband and his continued support and work with the veteran co...”