Lessons I swear, I came this close to just sl... 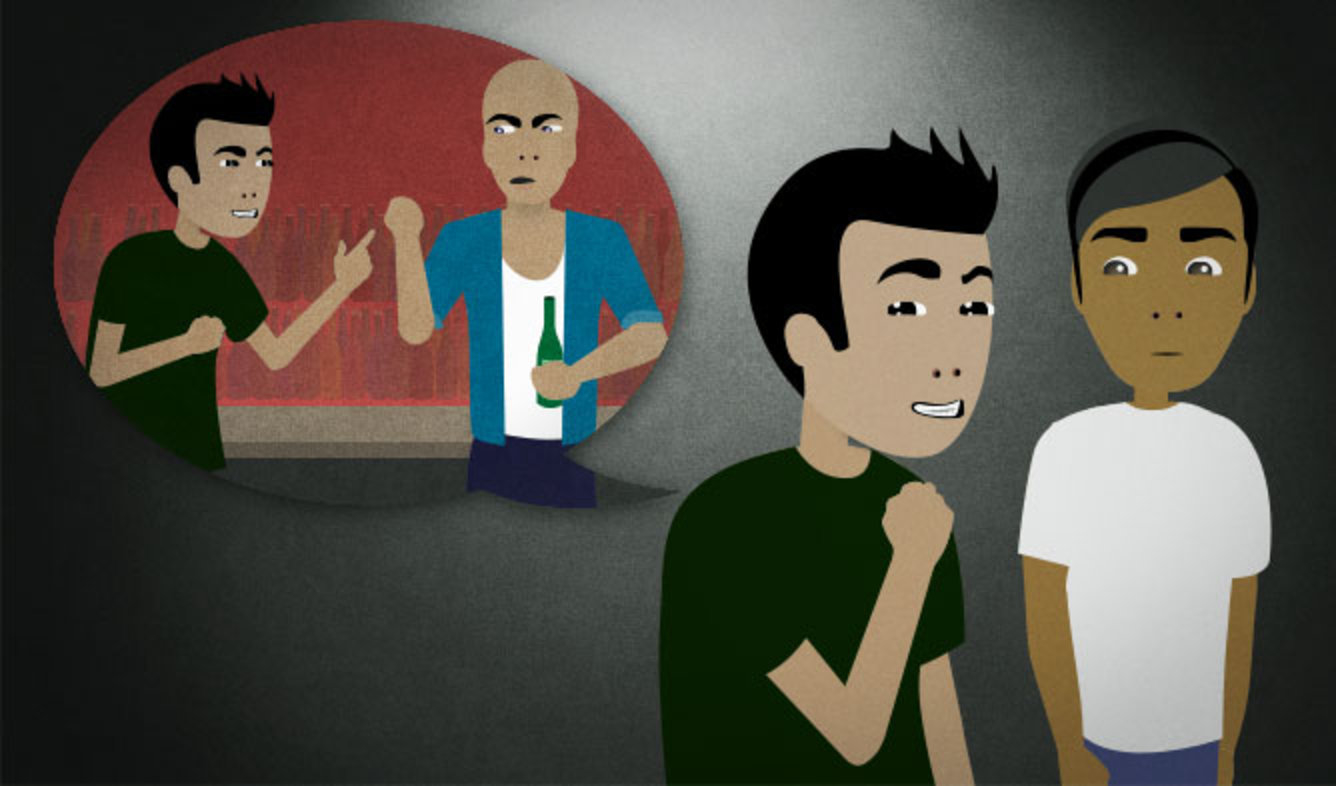 You got in an argument with a stranger at a bar. You almost got into a fight with him. Now you're leaving the bar and talking about what happened with your friends. You express how angry you were.

I swear, I came this close to just slamming him right in his face!

I came this close to (doing something)

This is an expression that people say while holding their thumb and index finger close together (like they're holding a pea between them). It means "I almost (did something)":

I swear, I came this close to just punching him right in his face!

I came this close to getting killed by a bear!

People use this expression in spoken English, but almost never in writing.

If you're saying something that's a little hard to believe or sounds like an exaggeration, you can put "I swear..." in front of it. It means "I promise that this is true". For example:

I caught a fish yesterday, and I swear it was as long as my arm!

That aerobics class was brutal! I swear, I've never sweated so much in my life.

One confusing point is that people sometimes say "I swear" even though they really are exaggerating:

I swear, the line at the coffee shop this morning was like an hour long!

English speakers are also likely say "I swear..." when they're angry, to show that they're serious about a threat that they're making:

I swear, if you don't be quiet, I'm going to slap you!

One interesting way that English speakers use "just" is to talk about doing things which you're not supposed to do.

You can talk about hitting someone this way:

Arrrr! He made me so angry, I wanted to just smack him!

Or about other things that are forbidden, like yelling at your boss:

I thought about just standing up and telling Janice what I really think of her.

hit (someone) in the face

To talk about hitting someone's face, use the preposition "in":

I hit him right in his ugly face!

Use this for objects too:

The ball bounced up and hit me in the face.

One common variation on this phrase is "right in the face", which means hitting someone hard and directly in the face.

"Slamming" someone means hitting them hard.

You can "slam" someone with your fist, or by running into them with your body. A car can also "slam" into another car.

This is a very energetic, expressive word. You're likely to use it while telling a story.

“Where's the next one being held?”

“She is also the recipient of numerous awards, including the Pulitzer Prize fo...”