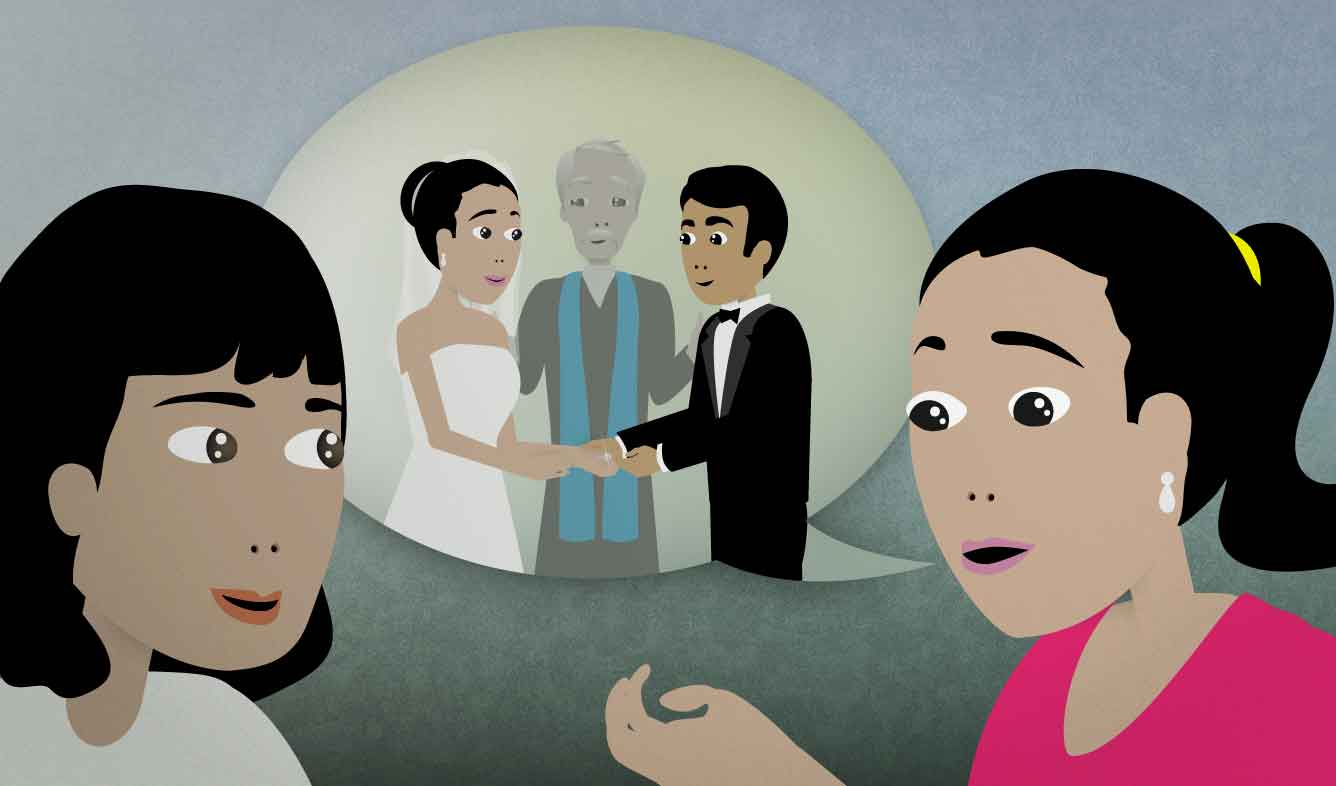 You're engaged and you're planning for your wedding. You're talking about it with a friend. You're discussing different creative wedding ideas with her. You would like something a little more classic, so you say this.

I'm fine with a traditional ceremony.

I'm fine with (something)

This phrase means that you're OK with something, or you don't mind it. For example:

I'm fine with that color.

In this example, the speaker doesn't really, really like the color. She might like another color better. But she thinks that that color is good enough.

You use "fine with" in statements:

Yes, I'm fine with that.

It's not usually used in questions. For questions, use "OK with ___":

Are you OK with this one?

The phrase "I'm fine with ___" sounds pretty positive. Another phrase with a similar meaning but a less positive feeling is:

I can live with it.

A "ceremony" is something like a wedding, a graduation, or a funeral. There are also lots of different religious ceremonies for different religions. Ceremonies are formal events that have a strong symbolic meaning for people.

A "traditional" ceremony is one that's done in the same way that the ceremony has been done in the past. A traditional wedding ceremony for Christians living in the United States would be one where:

When people use the phrase "a traditional ceremony", they're usually talking about a wedding ceremony.