Lessons I'm just gonna kick back with a cold ...

“I'm just gonna kick back with a cold drink and watch the game. You?” 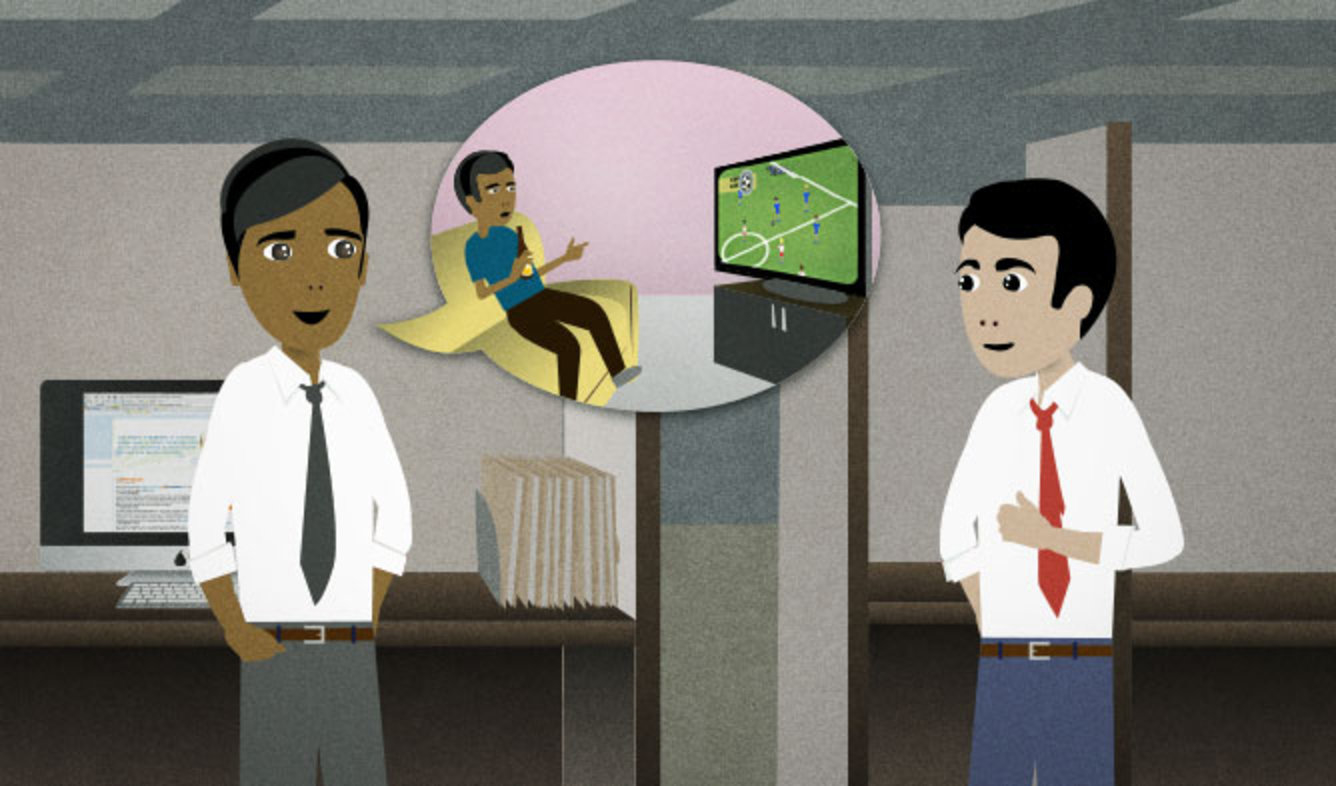 It's Friday afternoon at work. A coworker asks what you're planning on doing this weekend. You're just going to watch sports at home, so this is your answer.

I'm just gonna kick back with a cold drink and watch the game. You?

You generally "watch" things that move, such as:

watching a bird flying through the sky

Read this lesson for a more in-depth explanation of the differences between "watch" and "see":

Would you like to go see a movie together sometime?

(someone) is going to (do something)

You use "going to ___" to talk about what will happen in the future. "Going to ___" is more natural than "will" for most situations where you're expressing someone's plans to do something:

They're going to meet us at the airport.

I'm just going to stay home and relax this weekend.

English learners often over-use "will" when "going to" would be more appropriate. In general, when you want to talk about something that you've already decided to do, use "going to":

Next up is Steve. He's going to walk us through the new home page redesign.

Starbucks announced that they're going to offer free Internet access at all their locations.

If you've just decided something and want to announce your decision, use "will":

Fine! I'll take it back!

I guess I'll thaw this out.

"Kicking back" means "relaxing". For example:

It's nice to kick back every once in a while, isn't it?

People usually "kick back" by sitting on a comfortable chair and:

There are some activities that are relaxing but wouldn't be described as "kicking back", like doing exercise, getting a massage, or meditating.

"Kick back" is a casual expression.

The expression "a drink" usually – but not always – means an alcoholic drink.

Can I get you a drink?

To talk about a non-alcoholic drink, you can say "something to drink":

Can I get you something to drink?

You can also use the word "beverage", although it's too formal for most situations.

When there's an important sports game on TV that everyone knows about, sports fans usually call it "the game" (instead of "a game"):

A: Do you want to come with us?

B: I can't. The game is coming on in a few minutes.

After you answer someone's question, you can ask them the same question by simply adding "You?" to the end of your answer. For example:

A: Where you from?

You can also ask someone "You?" after a statement that you make:

I'm from Boston. You?

Asking "You?" is rather casual. Some other similar phrases that are less casual are:

“I watched a few episodes, but I couldn't really get into it.”

“She went from sales assistant to Vice President in less than 6 years.”