Lessons I'm trying to cut down on caffeine.

“I'm trying to cut down on caffeine.” 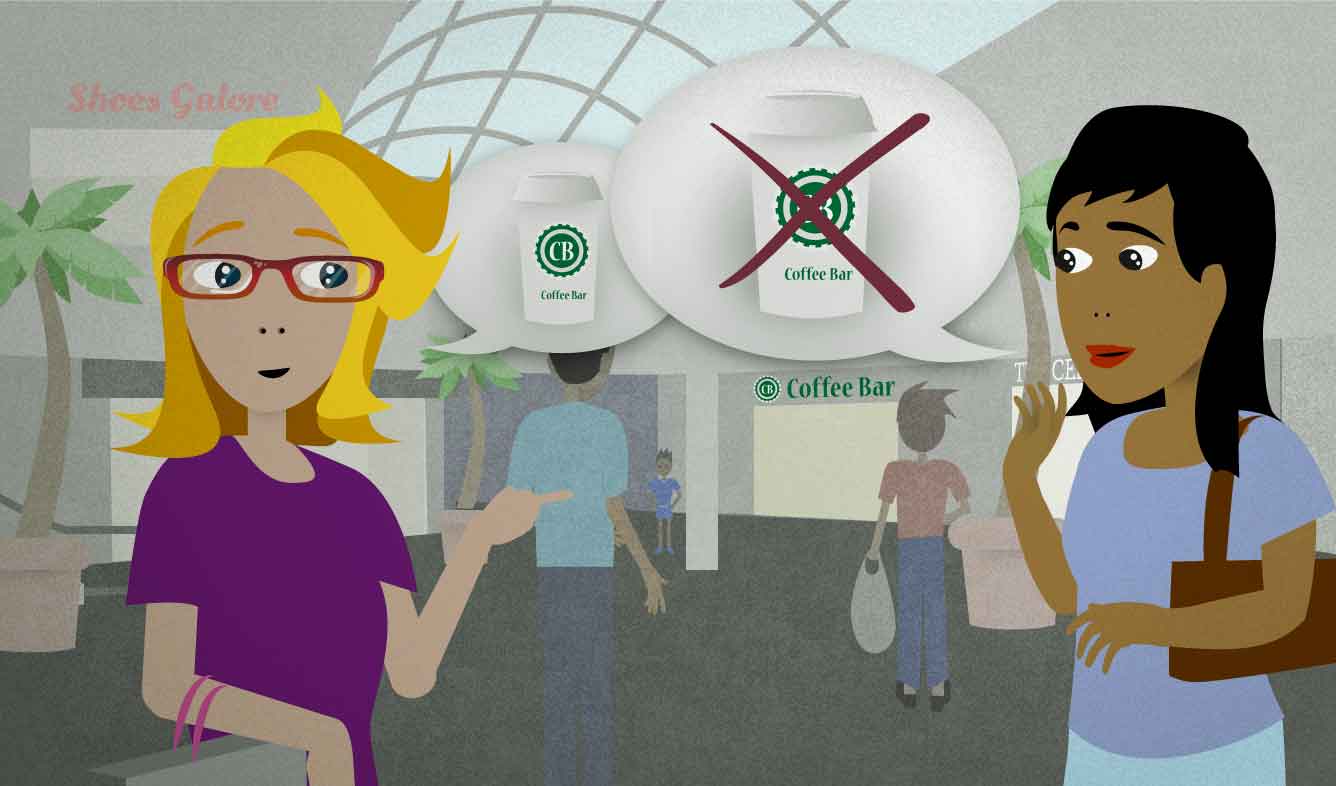 You're out shopping with your friend. She wants to stop at a cafe to get a coffee. She asks if you want anything. You feel like you drink too much coffee, so recently you've tried not to drink so much. You say this to decline politely.

I'm trying to cut down on caffeine.

I'm trying to (do something)

If you just want to tell a friend about your plan to drink less coffee, you can say:

I've been trying to cut down on caffeine.

But if you're using this as a reason why you don't want to get coffee now, you say:

I'm trying to cut down on caffeine.

This isn't a super-important difference, though. If you get it mixed up, it's not a big problem!

cut down on (something)

To "cut down on" something means to do or have less of it. You use this to talk about things that you want to stop or slow down. For example:

Since we started cutting down on our unnecessary spending, we've been saving over $300 per week.

We've cut down on the number of customer complaints by 60% this year.

"Cut down on ___" can be used in both spoken and written English.

Another word that means the same thing as "cut down on" is "reduce":

We need to reduce spending.

But "reduce" is more formal than "cut down on".

Another similar phrase is "cut back on". It's more often used to talk about money, spending, or time:

"I'm trying to cut back on my clothes shopping."

Caffeine is the drug in coffee that makes you awake and alert. When people are talking about how much coffee they drink or the effects of it on their bodies, they often use the word "caffeine":

I need some caffeine first thing in the morning or I won't be able to function.

“Can you grab a flathead screwdriver from my toolbox in the basement?”

“It gets monotonous after a while, don't you think?”